Discrimination lawsuits are a real and present danger 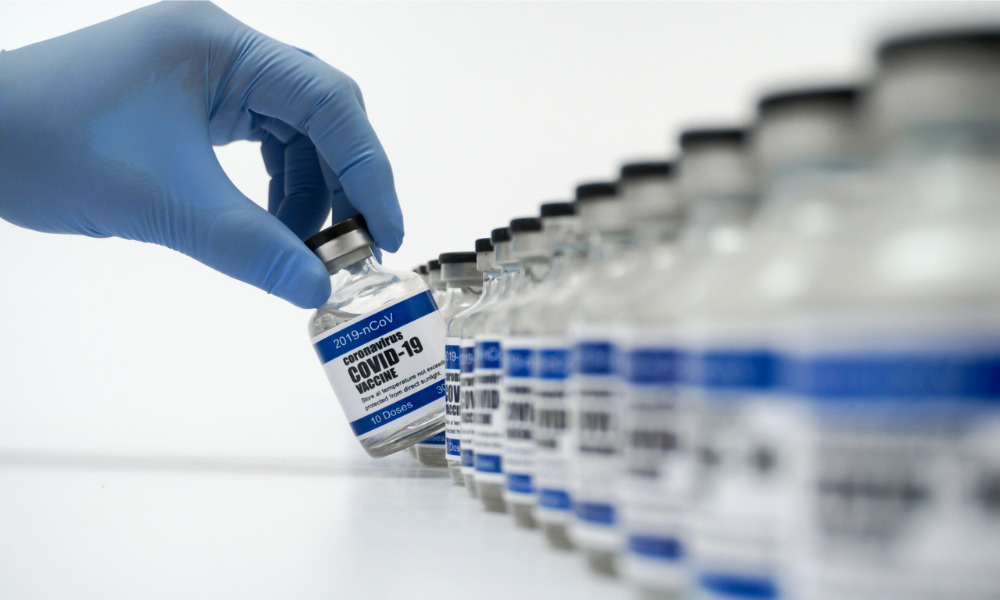 Last month, the federal government made an announcement requiring that certain federal employees be vaccinated. And while there’s still no nation-wide policy on required vaccines for all employees – most companies are slowly following the government’s example. But where does this leave HR? HRD spoke to Brad Proctor, partner at McInnes Cooper, who talked us through the perils and pitfalls of implementing a mandated vaccine policy.

“The government’s federal vaccine policy instigated a swing of the pendulum away from a voluntary, informative, approach to a more mandated one,” he told HRD. “Shortly after this, we saw private sector organizations such as airlines and banks follow suit. Mandated vaccines aren’t ‘law’ per se. However, it’s likely that if an employer receives a human rights complaint, or a grievance, or a lawsuit involving mandatory vaccination, the arbitrator will look at the reasonableness of it in light of what's going on in other workplaces.”

Mandated vaccinations are new – as such there’s still no clear-cut guidance on how HR should proceed. And this uncertainty is worrying Canadian employers to no end. Concerns around wrongful termination lawsuits and costly legal battles are preventing employers from acting with confidence. Speaking to Proctor, he believes there’s two overwhelming concerns prevalent for Canadian employers right now. The first? Health and safety, of course.

“It’s been 18 months of uncertainty, with people working from home, everyone social distancing and wearing masks,” he explained. “As workplaces return to a kind of normalcy, employers want employees to feel healthy and safe returning to the office. Leaders want to have meetings in their boardrooms again - they want to host social engagements and client events. But they need to do so in a safe manner. The paramount reason employers are asking for mandatory vaccinations is the worry that it only takes a few individuals who aren't vaccinated to instigate an outbreak. And that’s something leaders simply don’t want to risk.”

The second worry highlighted by Proctor was a disruption to organization productivity – particularly where it concerns repercussions on individuals.

“Say, for example, you're working on a construction project, and you have a COVID-19 outbreak. Well, you’ve still got to adhere to certain timelines – and endure penalties for not meeting those timelines. Having those types of disruptions to your work can be troublesome for your employees too. If you have an outbreak at a manufacturing facility, certain restrictions may be placed on individual employees. Something they obviously wouldn’t be too happy about.”

Another major concern for HR leaders is the possibility of mishandling mandated policies and winding up on the receiving end of a lawsuit. But can requiring a jab ever really be considered a form of employee discrimination?

“Absolutely,” revealed Proctor. “If you simply mandatorily require that all employees be vaccinated without allowing for any medical restrictions or contraindication. Essentially, that's a failure to accommodate, and that's discriminatory. After all, there's all kinds of different medical conditions which could provide a basis for not being vaccinated – as is the case in respect to certain kinds of religious contraindications. For instance, if an employee practices a certain strongly held religious belief or creed, that they can prove, then those individuals are exempt from being vaccinated. And, if you were to force those individuals out of the workplace without accommodation, you could be exposed to a case of discriminatory action on that as well.”

Vaccine passports were introduced recently in Ontario, raising yet more questions around whether or not employees themselves had to register for a certificate. Speaking to Peter Straszynski, partner at Torkin Manes, he told HRD that a refusal to comply would only raise more questions for employers than answers.

“Objections based on grounds protected by human rights legislation may require accommodation by the employer to the point of ‘undue hardship’,” he told HRD. “Where an employee’s objection is based on a reason that does not reflect a legally protected ground, employers may choose to terminate employment for non-compliance, but they should reasonably expect that such a termination will be ‘without cause’ and will require payment of appropriate termination pay in the circumstances.”