Why HR should pay attention to Theresa May

Britain’s former home secretary is undergoing an internal career change and HR could stand to learn something from the situation, says one expert. 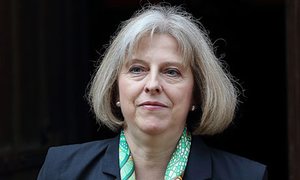 Britain’s latest prime minister may be a veteran politician but she took the top job with little warning and will experience the typical strife that comes with a significant internal career change – it’s a situation that one industry expert claims HR can learn from.

“Changing career isn’t easy,” says professional coach Steve Preston. “There can be a lot of scepticism and cynicism within organisations when people make internal career changes.”

Preston, also known as the Career Catalyst, guides people through such situations – from promotions and executive appointments to positions in a new department or industry. He says the UK’s latest political leader serves as the perfect high-profile example.

“The current situation with Theresa May is a classic example,” he told HRM. “She’s come from a senior government role to become prime minister and everybody around her is saying; ‘Well, things aren’t going to change overnight.’”

According to Preston, it’s vital that employers show the same patience when workers undergo an internal career change in the corporate environment.

“There has to be an understanding that somebody’s got to ease their way into the role – just because they’ve got that job title now, it doesn’t mean to say that they know everything about it,” he added.

Preston, a former HR head, says mentoring is a great way to offer support to employees who may have shifted roles – even if it’s a senior executive switching functions.

“I always think buddying is a great win-win situation because the person’s initial buddy could be someone junior to them,” he told HRM. “It’s also good for the buddy because they’re being given additional responsibility, they’re being valued and they’re being trusted which is going to make them feel good about themselves.”

Preston also stressed that recognition of progress is a vital to supporting someone through an internal career change.

“If you take the Theresa May example again, she gets thrown into the job with two days’ notice, you’d like to think that people will start to give her recognition once they can see positive change starting to happen,” he told HRM.

The big problem with performance ratings

How to make HR universally effective