What’s your CEO worried about?

A global survey is shedding some light on the troubles burdening top business leaders and it seems HR problems are top of the pile. 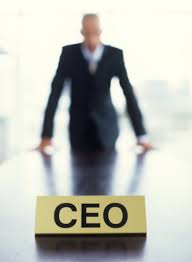 As
we get settled in 2016, new research shows scores of business leaders are burdened by the same worries and it seems certain HR problems may be top of the pile.

Over-regulation was touted at the top threat to businesses with a staggering 79 per cent of CEOs saying it could have a negative impact on their companies’ growth prospects.

More than 1,400 CEOs were interviewed as part of the research with found that just 35 per cent were “very confident” about growth within their own firms – the figure is down from 39 per cent in 2015.

Only 27 per cent of chief executives expect global growth to improve over the next 12 months, a 10 percentage point drop from last year and 23 per cent expect the economic situation to worsen.

"There's no question that business leaders' confidence in both the global economy and their own company growth prospects has taken a knock," said PwC global chairman Dennis Nally.

"No matter what the business size, the threats it faces are becoming more complex, crossing the borders of geopolitics, regulation, cyber security, societal development, people and reputation. There is a new spectrum of risks for CEOs that represents threats to both national and commercial interests."

Is this the best cure for workplace stress?

Three tips for being a great regional HR head