How to lift team spirits after a loss

When employees miss the goal they’ve been working so hard to achieve, morale can take a major hit. Here’s how HR can help them recover. 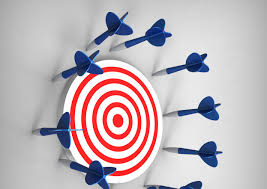 Whe
n a team fails to achieve a goal they’ve been working so hard to achieve, morale can take a major hit. Here’s how HR can help them bounce back.

It may sound dramatic but your employees’ big dream – whether it was landing a major account or developing a new product – is now dead. Give them time to mourn, urges business psychologist Susan David.

Don’t immediately try to be a “beacon of positivity”, warns David – let their “disappointment and negative feelings” run their course. Be sensitive, give them space but then encourage them to get back on the horse.

Get over it yourself

Research from the College of Business Administration found that a leader’s emotional state is highly contagious – so you need to be the first one to stop sulking.

The company may have taken a major hit but your employees probably put the majority of hands-on work in and they’re disappointed, too.

Ben Dattner, an organizational psychologist, says managers shouldn’t beat around the bush when it comes to identifying what went wrong.

Don't say "Let's look on the bright side," "We're lucky it happened this way," or "A mistake was made." No matter how much it hurts, it’s important leaders are clear and specific.

This isn't a license to demoralize your team even further but it's an opportunity to be frank and honest about what went wrong – after all, it’s the only way you’ll avoid it next time.

If the blame really does lie with a select few employees, don’t call them out during a meeting, says Dattner. Instead, take the individuals aside and talk to them about their actions, not their character.

"It's more important to focus on what's to blame, rather than who is to blame," he explains.

Sharing an experience in which you too suffered a professional setback will not only bond you with your team but it’ll make them realize that all is not lost.

"It can be very powerful when a leader authentically shares a time when they have a crucible-type failure that became a stepping stone in their career," says David.

"The mutual commiserating and examination of what went wrong is useful only up to a point," David asserts.
Once the mourning period has passed, you need to actively shift the mood to a more positive and forward-thinking state.

Call a meeting and get people excited for the future, rather than dwelling on the past – your tone and energy should be mixed with light humour, advises Dattner.

Toronto shooting – how would you support employees?

The three worst things you can do with employee feedback

The corporate curse: should you stop giving performance reviews?