Here’s why hiring more moms is a smart move

“Do you have any children?” – It may be a banned question but researchers say hiring managers should actually be hoping the answer is “Yes.” 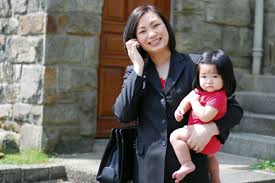 To
any employer who’s ever been daunted by the prospect of accommodating an employee’s childcare needs – don’t be. A recent study has found that women with children are actually more productive than their childless counterparts.

The study, conducted by the Federal Reserve Bank of St. Louis, found that over the course of a 30-year career, mothers outperformed women without children at almost every stage of the game.
In fact, mothers with at least two kids were the most productive at all.

Not-so-surprisingly, the only point at which mother’s productivity took a turn for the worse was during the toddler years. The paper found that there is a 15 to 17 per cent drop in productivity among women with young children – it seems there really is no escaping the terrible twos.
But despite the dramatic, and albeit temporary, dip mothers are still more productive over the course of their careers than women without children.

“While you have small children, it has an impact on you,” said Christian Zimmerman, one of the paper’s authors. “But after that, it seems that the impact is the other way.”

The all-male research team launched the study in an effort to understand the impact having children had on highly skilled women. Since productivity can be hard to measure in many professions, they decided to analyse the amount of research published by more than 10,000 academic economists as a representation for productivity.

And it seems increased productivity among parents isn’t limited to moms – fathers of one child and those without children may have performed similarly throughout much of their careers but men with two or more children were more productive than both groups.

Could eldercare be the next employee benefit?