The resume ‘red flags’ that you need to watch out for

How many times have you looked down at a CV and felt a pang of suspicion? 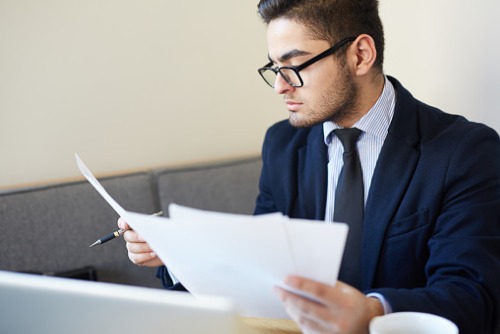 How many times have you looked down at a CV and felt a pang of suspicion? Lies and exaggerations of resumes are rife at the minute, with candidates turning to increasingly desperate measure to stand out from the crowd.

A recent report from Robert Half Canada found that almost half of workers (46%) polled know people who have misrepresented themselves on their job application.

The research also uncovered four red flags you need to look out for in jobseekers’ CVs, which we’ve listed below;

“Does the candidate use passive verbs instead of active ones? Is the resume riddled with ambiguous phrases — “involved in” or “familiar with,” for example? Imprecise language may indicate a lack of hands-on experience or direct responsibility. You want someone who is straightforwardly capable.”

“How about all the superlatives in the cover letter — “best,” “most amazing,” “number-one.” Do you notice an excessive use of buzzwords? Noisy language could indicate a desire to convey credibility or insider knowledge, but it can also be a sign of an unsuccessful attempt to cover up a lack of familiarity with the job or industry.”

“Check the timeline. Do the dates add up? If a candidate’s cover letter says they worked somewhere for three years but the resume indicates only 18 months, the candidate may be trying to exaggerate their work history. Another alarm bell: wild variations in job titles across their application materials.”

“If the candidate’s work history is dotted with brief jags as an “independent consultant,” that in itself isn’t cause for worry. But if there are long stints of unemployment that aren’t explained in the cover letter, you should flag these for later discussion — a pre-screen phone call or an in-person interview, perhaps.”

According to a prior report from APPII found that almost half of employees have lied on their CV in order to make them standout out against their peers.

“Clearly traditional CVs aren’t working for either candidates or employers,” explained Gary McKay, MD of APPII. “The fact that so many are having to resort to exaggerating truths when applying for new jobs just to try and stand out is proof that processes within recruitment can be enhanced.

“Establishing trust at the start of the recruitment process would help to rectify this.”