Is it ever okay to judge a book by its cover? 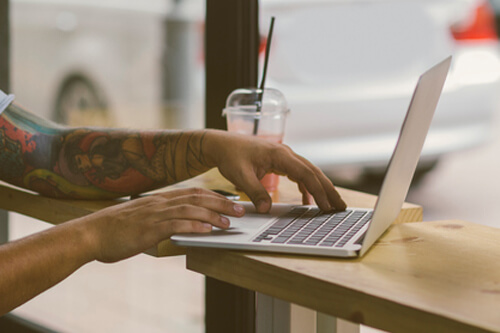 Is it ever okay to judge a book by its cover? Well, according to one new report, making snap decisions about jobseekers based purely on their looks is impacting your talent margins.

Research from LinkedIn has found that 60% of recruitment professionals believe a bias against tattoos and physical image has decreased over the years; however, nine out of ten employers think a candidate’s tattoos could limit their career progression.

A further 75% of those asked think a candidate’s overall image plays a large part in the hiring process, whilst 88% believe that a tattoo could limit their chances.

Four out of ten recruitment professionals admitted to rejecting a good fitting candidate because they had a noticeable tattoo.

Those interviewed believe that phone interviews would be a great way of reducing bias, with 28% considering VR assessments an additional method of cutting back on discrimination.

“With almost a fifth of UK adults currently estimated as having a tattoo, the current attitude around visible tattoos and physical image means that businesses and recruiters could be missing out on top talent,” added LinkedIn’s Rebecca Drew.

“Despite this, it’s encouraging to see that so many talent professionals are taking active steps to help reduce this bias and encourage more self-expression in the workplace.

“As we continue to see AI tools incorporated into hiring processes, we hope this will help recruiters remove some of the human bias from the process and focus on judging candidate potential against the most important things.”

HR technology is advancing at a shocking rate – make sure you’re staying ahead of the curve and check out HRD Canada’s upcoming HR Tech Summit 2018.

You won’t want to miss out on this exciting line-up of world renowned speakers.