As the New Year revelry fades, payroll professionals are able to slowly ramp up to full speed after the holidays 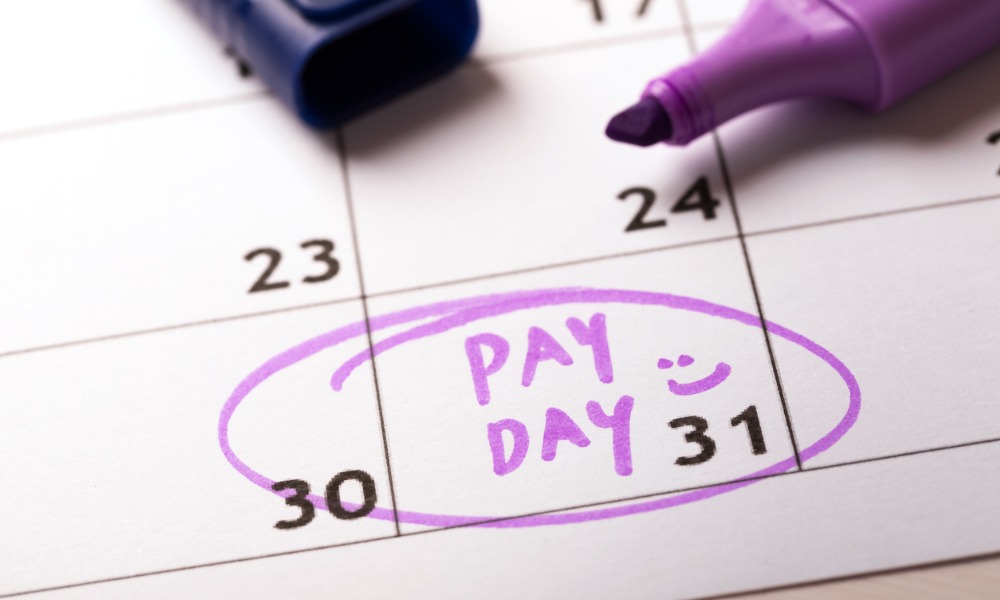 As the New Year revelry fades, payroll professionals - like the rest of us - are able to slowly ramp up to full speed after the holidays.

In years past, it’s been less about the beginning of a new year and more about the year-end duties they have to complete, but this year they were able to join the New Year’s Eve celebrations on time. The new payment on filing initiative by the Canada Revenue Agency has shifted the deadline for the last payroll remittance of the year to the end of February, penalty and interest free.

The Canadian Payroll Association has been advocating for this change for a few years now, and CPA president Peter Tzanetakis says he’s delighted by the announcement which he calls a welcome relief for many organizations across the country.

“Between tight deadlines and shorter work weeks, this was an additional pressure point for them in a very difficult time of the year, so for us to be able to convince the CRA that this is a step in the right direction is positive for everybody concerned,” says Tzanetakis.

But while this particular battle has been won there’s still a war to fight - a later filing date for the whole of Canada. Currently, the CPA continues to advocate for a completely harmonized approach with Quebec.

Along with their work with the federal government for the deadline change, the CPA also approached Revenu Québec to attempt to ensure full harmonization across the country, which would be especially helpful for the many enterprise-level organizations operating in different parts of the country, including with staff in Quebec, which would require filing two tax returns.

Tzanetakis says harmonization is absolutely essential and something the CPA takes seriously as where different regulations exist, the challenge of managing multiple parallel processes can increase payroll’s potential for non-compliance.

He notes Quebec’s tax agency did also announce an administrative extension following the CRA’s change, allowing select employers to file in the middle of January as opposed to the beginning - but while penalties are waived up to that point the interest charges are still applying, which is not ideal.

“We’re hopeful the Quebec government moves towards full harmonization with the CRA initiative,” he says.

There are 1.5 million employers in Canada who rely on payroll practitioners for timely and accurate payments of $970 billion in wages and taxable benefits along with $324 billion in statutory remittances - all while complying with over 200 federal and provincial regulatory requirements.

Historically, these employees - especially those at Canada’s largest companies - have had to spend the holidays ensuring the last payroll remittance of the year is submitted by the deadline which was typically the first few days of the new year. This tight timeline made it “virtually impossible” for payroll professionals at larger companies to remit accurately and on time, Tzanetakis says.

On top of forcing employees in payroll to work while most others are celebrating, the old deadline also meant payroll had to estimate remittances on taxable benefits - assumptions that often led to costly consequences in the New Year. Having to complete remittance adjustments often resulted in late penalties and interest - potentially in the hundreds of thousands of dollars - or on the other end of the spectrum, the time-consuming task of requesting a refund for overpayments. In the latter cases, internal and government audits were often a consequence.

“The CRA will receive accurate remittances when all is said and done,” Tzanetakis says.  “Essentially this is going to enable the organizations to manage their year-end process in an effective and efficient manner and it will save millions of dollars in interest, penalties and other administrative costs.”

Tzanetakis says the CPA had surveyed members during a webinar on the issue a few months ago, and half of the participants said they were receiving fines and penalties related to the guesswork on their filing. He says being able to alleviate that concern is a positive benefit for payroll professionals and their employers as well.

“Our members are very excited about this,” he adds.

There are eligibility requirements companies need to meet in order to qualify for the new deadline. The remittance amount must be less than 1 percent of the employer’s total annual remittances, and they must either have employees that exercise stock-based compensation, have third-party information that’s required around the taxable benefits - for example insurance or employer-provided automobiles - or have employees that reside in a different tax jurisdiction.

Interestingly, Tzanetakis says, the employer must also have a perfect payroll compliance history, with no late or outstanding remittances for the tax reporting year, no assessments and a record of filing their annual T4 slips before the due date.

“We’re supportive of those requirements, and as long as you’re in those situations you have the opportunity to take advantage of this payment on filing extension.”

Overall, the CRA’s new payment on filing deadline eases some of the stress at a hectic time of year, which is “pressure packed with year-end work requirements and people trying to wrap things up,” Tzanetakis says.

“Hopefully this news puts them in a better mood for the New Year.”