The latest twist in a drawn out saga sees the B.C. Court of Appeal reinstate a record-breaking award for “injury to dignity, feelings and disrespect.” 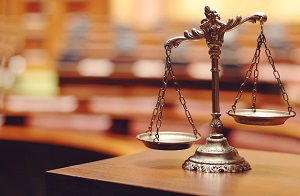 A l
ong-drawn out employment saga has seen its latest twist after the B.C. Court of Appeal reinstated a record-breaking human rights award for “injury to dignity, feelings and disrespect.” Here, leading employment lawyer Kelsey Orth explains the case and its repercussions.

You may recall that CCPartners wrote in November of last year about a case making its way through the judicial review process in British Columbia.  At the time, the British Columbia Supreme Court had just overturned the largest human rights award for “injury to dignity” in the case of UBC v. Kelly.  In the latest turn of events, the British Columbia Court of Appeal has now restored that landmark damages award of $75,000.

This case arose out of the University of British Columbia’s (“UBC”) decision to terminate Dr. Carl Kelly’s medical residency due to his inability to meet various standards.  In determining that UBC had discriminated against Dr. Kelly when it failed to take into account his various learning disabilities, including an ADHD diagnosis, the British Columbia Human Rights Tribunal (the “Tribunal”) assessed damages on the basis of Dr. Kelly’s delayed entry into the medical profession as well as on the basis of “injury to dignity” a common ground of damages argued in human rights cases.

UBC then appealed this decision to the British Columbia Supreme Court, arguing both the merits of the case and the size of the award.  While the Supreme Court upheld the Tribunal’s findings of discrimination, it reduced the size of the award on the basis that it was “patently unreasonable”, being more than twice as high as any other similar award in the history of the Tribunal’s case law.    While the Court acknowledged that the Tribunal should not be bound by past damage awards, it maintained that “the decision must still be based on evidence and reason” and that in the Court’s view that had “not occurred in this case”. The Court added that the Tribunal’s discretion “which resulted in that award was exercised arbitrarily”.

Unfortunately for employers who keep an eye on these types of awards, the Court of Appeal has weighed in on the side of the Tribunal.  In restoring the damages award for “injury to dignity”, the Court of Appeal noted specifically that the deference owed to the Tribunal more than allowed for it to find that Dr. Kelly’s case was unique, and therefore warranted a departure from the other cases and the previous awards.

While we are always aware that human rights tribunals have broad discretion to award damages as they see fit, employers have long been able to take solace in the idea that, at least with respect to the “intangible damages” – like injury to dignity – there was a general expectation that such damages would be reasonably limited, and that, for a long time, no decisions sought to expand those limitations.  However, the potential for larger awards to start flowing from this decision cannot be ignored, even if it is (at this point) limited to a single decision of the British Columbia Human Rights Tribunal.