Four signs your employees are unhappy

Mental health costs the economy one trillion a year 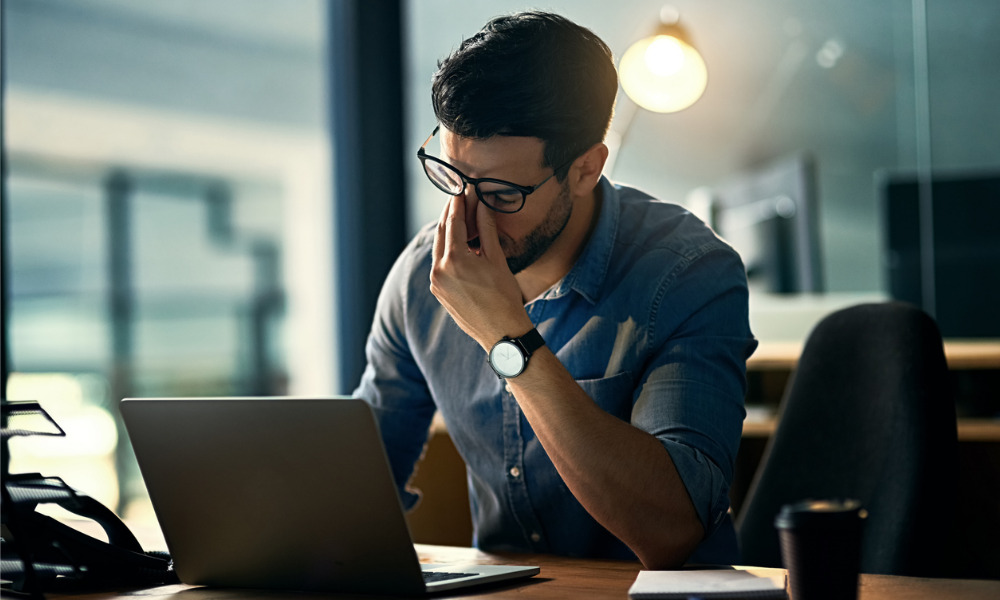 Would you be able to tell if one of your colleagues was severely unhappy? The signs aren’t as obvious as you’d think. Depression and anxiety in the workplace cost the global economy around one trillion dollars a year – with countless thousands of hours lost in productivity. And yet, despite the commonality of mental health issues amongst employees, it still seems to be a taboo topic for many HR leaders. HRD uncovered four tell-tale signs that your team is unhappy – and how to rectify the problem once and for all.

The first and most clear-cut sign that your team is unhappy is a dip in productivity. Have you noticed work ethic decline? Have you seen a noticeable drop in sales and stats? While this could be influenced by external factors, the most common reason is an unhappy workforce. Research from Inc suggested that the average employees is only productive for two hours and 53 minutes per day.   Want a simple, cost-free, way of boosting that productivity? Try a little appreciation. Over the past few months, employees have been overwhelmed, stressed out, anxious, and isolated – just because they’re not wailing and weeping doesn’t mean they’re not struggling. So instead of rolling out disciplinary measures, schedule a one-to-one chat and have an honest conversation.

Not answering Skype calls? Ignoring emails? Passing on team meetings? If your employees are showing signs of being missing in action, there’s a good chance they’re struggling with their emotions. Absenteeism in remote work is a growing concern for employers – and while ‘monitoring’ staff may seem extreme, sometimes it’s necessary. Now, that doesn’t mean installing spyware or hidden cameras – but tracking workloads and sick days can be a good indicator.

There’s nothing more toxic to a company culture than negativity. In fact, recent research from BreatheHR found that 21% of employees have quit their role because of a bad company culture – with women more likely to quit than their male counterparts. If an employee is feeling unhappy, you’ll sense it in the overall culture. This kind of toxicity spreads like a miasma through the organization, hiking up turnover rates and destroying morale. As an HR leader, you must pinpoint the cause of this sadness and rip it out like a cancer. Don’t let unhappy staff fester in their misery – or else you’ll see top talent head for the door.

Overloaded employees make for unhappy ones. If you’re noticing one of your team is consistently missing important deadlines, it’s time to act. These missed deadlines may be due to outside influences – perhaps the employee is struggling with a personal problem – or it could be a sign that they’re genuinely disengaged and unhappy in their role.

Remember, if an employee is unhappy at work their overall health could suffer as a direct result. A recent report from the UK’s Health Foundation revealed that low-quality work, work in which employees feel unfulfilled, is directly linked to poorer health.

“Our choice of occupation shapes our health directly and underpins other factors that matter for health such as our income or social networks,” said Adam Tinson, senior analyst at the Health Foundation who authored the report. “To boost job quality, employers should give greater consideration to job security, job design, management practices and the working environment.”