Why some employees learn languages better than others

Some employees learn languages much faster than others, and new neuroscience research might have just discovered why. 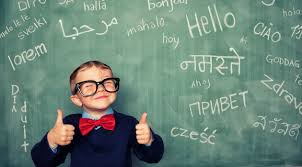 Rig
ht around the world, an increasing number of companies are seeing the great benefits of language training.

Indeed, HRM has previously spoken to Alicia Gleesn, HR Director of Crown College, about how one of their trainers with a Vietnamese background worked with their college in Perth in developing a 40-week training course to teach Vietnamese to Crown’s hosts.

The result was a higher degree of engagement by both the employees and customers, she said.

Additionally, global research by Pearsons recently found that around a third of learners in global markets such as Asia, Europe and South America are learning English to apply for a job in their own country.

However, some employees will struggle to learn foreign languages because their brains are not wired to retain linguistic skills, according to new research published in the Journal of Neuroscience.

The study was led by Xiaoqian Chai and Denise Klein of the McGil University in Canada. In particular, it found that learning a second language is easier for some adults than others because of innate differences in how the various parts of the brain “talk” to one another.

This stems from the fact that various regions of our brain communicate with each other when we are resting and are not engaged in any specific tasks.

The strength of these connections (called resting state connectivity) varies from person to person and the differences have previously been linked to language ability.

The study involved the researchers scanning the brains of 15 adult English speakers who were about to begin an intensive 12-week French course. They then tested their language abilities both before and after the course.

In particular, the researchers found that participants with stronger connections between the left anterior insula/frontal operculum and the left superior temporal gyrus showed greater improvement in the speaking test.

"These findings have implications for predicting language learning success and failure," said Chai.

"In the long term it might help us to develop better methods for helping people to learn better."

Arturo Hernandez, a neuroscientist at the University of Houston, said that the most interesting part of this finding is that the connectivity between the different areas was observed before learning.

"This shows that some individuals may have a particular neuronal activity pattern that may lend itself to better learning of a second language," he said.

However, this does not mean that success at a second language is entirely predetermined by the brain's wiring.

Indeed, the brain is very plastic, meaning that it can be shaped by learning and experience, Chai said.