Offering false promises to applicants is bad for business, say HR pros – they need to hear “the good, the bad, and the ugly.” 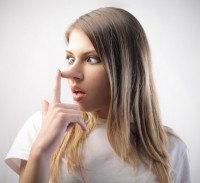 It’s an annoyingly accepted fact that applicants stretch the truth in interviews – but they’re not the only ones. Recruitment expert Patrick Sweeney says too many employers offer false promises to potential new hires – and it’s bad for business.

According to Sweeney, new employees are most often misled about “responsibilities of the position or the culture of the company” – but many more are disappointed to find the working hours, dress code and team dynamic are very different to what was described in the interview.

Ken Hemphill, Vice President of HR for Back in Motion says misleading applicants can all-too-easily end in disaster; “If you bring someone on board under false pretences then it won’t take too long before they realize the job wasn’t what they were promised,” he said.

“They’ll feel a sense of resentment and if that’s happening throughout the organization then it will impact morale, retention and productivity.”

The health-care clinic has been repeatedly recognized as one of the best workplaces in Canada but, being based in British Columbia, Hemphill has had to deal with his fair share of staff shortages.

Despite this, he says employers should never sugar-coat a role – no matter how desperate they are to fill it.

“You might be able to fill the position on a short-term basis but in the end, it’ll create more harm than good,” he said.

Alana Free, VP of People and Culture at GoodLife, agrees – “We’re really honest in our interviews,” she said. “We’re completely up front – the good, the bad and the ugly of what the role is, of what they’re applying for and what they should expect.”

The nation-wide health club was voted one of the most engaged workplaces in North America this year and Free says part of the reason for this is because potential applicants know exactly what’s in store.

“I would hope that most employers are honest in that there are always challenges in every position,” Bethune told HRM. “But I think it’s important that the prospective employee also does his or her own due diligence to determine what some of the challenges may be in their role.”

What do you think – should employers be brutally honest with job applicants? Share your thoughts below.