Why Canadian women say "fear" is holding them back

Only a quarter of female employees are in management roles or above and many insist there’s a scare-factor to blame. 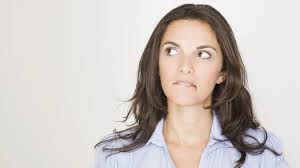 The vast majority of working Canadian women are employed in roles below management level but could their lack of leadership development actually be down to something a little scary?

A recent and respected annual survey is shedding some light on the issue, after 47 per cent of working women cited “fear” as their biggest barrier to obtaining a leadership position.

But the fear, they say, isn’t their own – it’s that of their employers.
In the annual Women Shaping Business survey, a shocking 47 per cent of working Canadian women said their employer was afraid they’d take time off due to family obligations.

This fear, they insist, is why many bosses are reluctant to promote women – currently, almost three-quarters (71 per cent) of female employees are in roles below management level.

“Change is hard, but it’s critical for businesses that want to grow and flourish,” said Faith Tull, SVP of HR Randstad Canada.

“Organizations that promote and support women perform better in an array of areas, including financially, but we’re still seeing a large gap between men and women in leadership positions, particularly in those important STEM fields,” she continued.”

The WSB study also discovered that only five per cent of working Canadian women are employed in STEM fields, presenting a major inequality in these key areas for Canada’s future workforce and economy.

Other major findings from the 2015 Women Shaping Business study include:

Why HR can’t hire better than a robot

The 4 golden rules of strategic planning