Should HR educate employees on epilepsy?

It’s the most common chronic neurological disorder but relatively few have ever been educated on it – should your staff be in the know? 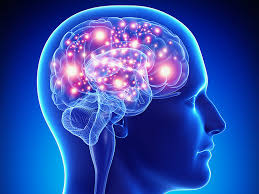 Epi
lepsy is the world’s most common chronic neurological disorder.

Each year, an average of 15,500 Canadians learn they have epilepsy, according to the Epilepsy Canada website.

Even though it is more likely to be diagnosed in childhood or senior years, it can be diagnosed at any age. It is also not confined to any age group, sex, or race.

However, new research from the UK indicates that many employees are ignorant about what epilepsy is and how to assist people who have a seizure.

Indeed, 26 per cent of workers in Great Britain would be concerned about working with a colleague with epilepsy, according to the nationwide YouGov survey.

The majority of workers who would be concerned (63 per cent) stated that their worry was due to having no idea about what to do to help a co-worker suffering a seizure.

Further research found that just 17 per cent claim that they would definitely know what to do to help someone having a seizure.

In the UK, there are currently about 600,000 people with epilepsy.

People with epilepsy are up to twice as likely to be at risk of unemployment compared with those who don’t have the condition, said Matthew Sowemimo, Epilepsy Society Director of External Affairs and Fundraising.

“This problem would be reduced if there was training in place to inform people about what to do if someone had a seizure at work,” Sowemimo said.

“People with epilepsy will feel safer and more supported within the workplace if they know that their colleagues are better informed about epilepsy.

“Employers may also be more confident in hiring someone with epilepsy if they had a better understanding of the condition.”

Dr Dominic Heaney, Consultant Neurologist University College London, added that seizures can present in many different ways, so it is important that people know how to recognise them and what to do to give the best help possible

“These survey results reinforce what I have hear from patients: discrimination in the workplace is common and often unwitting - with a lack of knowledge about epilepsy amongst the general public, what epilepsy means and doesn’t mean - with people being unaware of the right actions if somebody has a seizure, or even what a seizure may look like.”

Among living and dead famous people with epilepsy are Neil Young, Prince and Tony Greig.