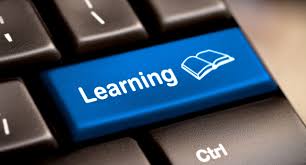 Cocky people tend to maintain their overconfidence by focusing on the easy parts of tasks, while avoiding or spending little time on the hard parts, according to Joyce Ehrlinger, assistant professor of psychology at Washington State University.

Ehrlinger’s research found that a person's tendency to be overconfident increases if he or she thinks intelligence is fixed and unchangeable.

In contrast, people with a growth mindset - meaning they think intelligence is a changeable quality - spend more time on the challenging parts of tasks. Therefore, their levels of confidence are more in line with their abilities.

Overconfidence is especially a documented problem for professions such as lawyers and doctors, according to the research.

"A little bit of overconfidence can be helpful," said Ehrlinger, "but larger amounts can lead people to make bad decisions and to miss out on opportunities to learn."

“By focusing on aspects of the task that were easy and spending as little time as possible on more difficult parts of the task, fixed theorists felt as if they had performed very well relative to their peers.

“In contrast, growth theorists weren't threatened by challenging parts of the task and didn't feel the need to bask in the glow of the parts that were easy. This more balanced way of completing the task left growth theorists with a better understanding of how well they did."

The research also found that forcing fixed theorists to look at the difficult and easy parts of an intellectual task shook their confidence, and inspired more accurate impressions of their performance.

“You have to understand and acknowledge what you don't yet know in order to truly learn,” said Ehrlinger.

“This research suggests that part of why growth mindsets improve learning might be because they lead people to better understand what they do and what they do not know."
Ehrlinger's research was conducted with Ainsley Mitchum of Florida State University and Carol Dweck of Stanford University, and features in the Journal of Experimental Social Psychology.

Why distractions can be good for learning