Mentorships being sabotaged by ‘man-scripts’

Two US academics say women are at risk of having their independence undermined by men who don’t know how to coach them. 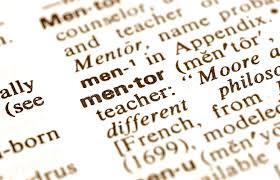 Mentorships are a valuable tool when it comes to succession planning and can provide countless benefits to all involved but – according to two US academics – some women may actually be at risk of having their independence undermined if male mentors don’t pay attention to their own behaviour.

David Smith and Brad Johnson are both professors in the Department of Leadership, Ethics, and Law at the United States Naval Academy – they say senior men are sometimes unsure of how to mentor a woman and end up relying on other well-worn relationship guides.

“Sometimes, having a professional relationship with a woman at work can be a little bit anxiety-inducing for men so to get over this anxiety they fall back on these relationship scripts that we refer to as ‘man-scripts,’” says Smith.

Man-scripts refer to the roles men have long been conditioned to play in stereotypical male-to-female relationships – that is, the protective father, the chivalrous knight and even the suave seducer.

While these roles may seem out of place at work, Johnson and Smith say men often slip back into them when they find themselves in the uncharted territory of mentoring a talented young woman for the first time.

While employing the father-daughter man-script might seem reasonably harmless on the surface, the pair – who have recently penned ‘Athena Rising: How and Why Men Should Mentor Women’ – say it can actually do more harm than good.

“A man who falls back on a father script with a woman at work believes in his heart of hearts that he’s being helpful and he’s being protective and shielding her,” says Johnson. “But the problem is he’s not allowing her to experience the same challenges and opportunities that a male mentee would get. He’s not allowing her to go out and make mistakes and fail and to build up that immunity as she learns to overcome challenges.”

Similarly, the chivalrous knight man-script may appear positive on the surface – to some, at least – but it’s also got its own harmful side-effects.

“Some men always have to be rescuing women – thanks to the knight in shining armor thing that boys are socialized into very early,” says Johnson, “but again that runs the risk of sabotaging her autonomy and independence.”

While there are clearly risks associated with man-scrips, Johnson and Smith says it doesn’t make sense – for up-and-coming women or their employers – to facilitate only same-sex mentorships. Instead, they say mentorships should be founded on honesty and openness.

“I’m really a fan of talking about this transparently in the relationship,” says Johnson. “So if I’m mentoring somebody younger, I hope that I can develop a positive enough relationship with the woman I’m mentoring where I can just say; ‘Look, occasionally, you’re going to see me acting like a dad and I don’t intend to do that, when I do it, will you promise to bring it to my attention and tell me to stop it.’

“I hope we can laugh about it and it builds my self-awareness – I think it strengthens a relationship when we have that ability to give one another feedback so I want to have more transparency in our mentorship so none of that stuff gets swept under the carpet and we can talk about it.”

How to apologize when you’re the boss