Less than two weeks to go and seven of the industry’s most acclaimed HR figures are still embroiled in the strenuous judging process. 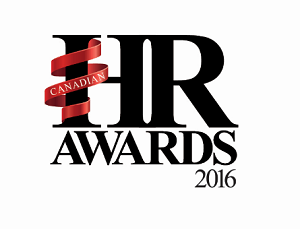 Wit
h the Canadian HR Awards less than two weeks away, seven of the industry’s most prominent figures are still poring over the finalists’ applications, suggesting competition is closer than ever before.

The seven judges – who will all be at the upcoming gala – include Nita Chhinzer, associate professor in human resources management at the University at Guelph and Nan Oldroyd, director of talent management at George Brown College.

The event – which will bring together the best and brightest of Canada’s HR professionals – is due to take place on September 15, 2016, and tickets for the highly-acclaimed industry gala are almost sold out.

The full line up of esteemed adjudicators is below:

In May 2012, Chhinzer was awarded the prestigious five-year Fellowship in Leadership, HRM and Work at the University of Guelph. She has authored three textbooks used in graduate, professional and undergraduate business programs – including Canada’s best-selling Introductory Human Resource Management book.

She has gained international recognition with conference participation including Athens, Greece, Paris, France, and many North American speaking engagements.

She has served as the Chair of the HRM division at the Administrative Sciences Association of Canada from 2009 to 2011, is on the Board of Directors at the Guelph District Human Resource Professional Association, and is an Executive on the Women's Leadership Forum at the Mississauga Board of Trade.

Nan has been recognized with HRPA’s Outstanding Senior Human Resources Professional Award, has been named a Diversity Champion by Women of Influence and has been selected as a CivicAction DiverseCity Fellow.

Her current priority is to build a talent management centre of expertise to support the 4,000 staff who provide outstanding educational services to 100,000 students but prior to this role, she was the VP of HR at Loblaw Companies Limited, where she led HR strategy for businesses with $16B revenue and 33,000 employees.

Nan is a director on the Workplace Safety & Prevention Services Board and The Stop Community Food Centre’s Board. She is also a member of HRPA’s HR Professional Magazine Editorial Advisory Board and a Special Advisor to CivicAction’s Escalator: Jobs for Youth Facing Barriers initiative.

As a bilingual HR professional and employment lawyer with over 20 years’ experience, Matzanke is skilled in all aspects of minority inclusion and employment systems and practices.

Most recently, Matzake – who is a certified Global Professional in Human Resources – acted as the head of Diversity and Inclusion in the global HR function at Scotiabank where she was responsible for a wide range of employment strategies.

Matzake was appointed to the Partnership Council for Employment Opportunities for Persons with Disabilities by the Ontario Minister of Economic Development, Employment and Infrastructure in May 2014. She is also an active committee member on the Workplace Action Team for Partners for Mental Health (PFMH), the Episodic Disabilities Advisory Committee of the Canadian Working Group on HIV and Rehabilitation (CWGHR) and has just recently been elected to the Board of Directors for Peer Support Accreditation and Certification Canada.

Deanna served as Co-Chair for the Status of Women Committee for the City of Toronto and she also provides strategic advice and guidance to the non-profit sector in Toronto.

Creelman has been repeatedly recognized for his contributions to HR – his research on board oversight of human capital won the Walker Award, his writing with Wanda T. Wallace on “leading when you are not the expert” topped the “Most Popular List” on the Harvard Business Reviews blog, his book on the future of work with USC prof J. Boudreau and Towers Watson thought leader Ravin Jesuthasan Lead the Work: Navigating a world beyond employment was endorsed by the CHROs of IBM, LinkedIn and Starbucks and was presented at the World Economic Forum in Davos in 2016.
A global citizen, David has spoken about human capital at the World Bank in Paris, worked with the Etisalat Academy in Dubai, and helped leaders from Japan’s Recruit Co. tour the US HR tech industry.

He is a long term member of the Workforce Institute’s advisory board in Boston and regularly does research for the Tokyo-based Works Institute. He has spoken on analytics in the US, Canada, Latin America and South-East Asia.

Prior to his current role David helped launch HR.com as Chief of Content and Research; earlier still he worked as a management consultant for the Hay Group in Toronto and Kuala Lumpur and taught an HR course at the University of Malaya.

Conner has more than 25 years of experience in all facets of human resources, including recognized expertise in employee engagement, union relations, and performance planning. His extensive professional background includes his current role as the executive director of HR at BC Transit, and he also served as VP of HR with HP Advanced Solutions, as Camosun College’s executive director of HR, and in various progressively responsible positions with the BC government, including as the HRD for both social services ministries.

He has been recognized by the Vancouver Island Technology Council (VIATeC) as Executive of the Year in 2009, and by the BC Human Resources Management Association (HRMA) as a finalist for HR Professional of the Year in 2010.

Conner served on the local Council of Success by Six, sits on the Board of Directors for the BC Human Resource Management Association, Beacon Community Services, and chaired the United Way of Greater Victoria’s 2011 fundraising campaign.

Cork’s career spans 30 years in the hi-tech, commercial real estate and communications industries where he held progressively senior positions both nationally and internationally with companies like Xerox, Regus, SkyDome and TCS Telecom. He has over 83,000 hours in leadership roles.

He is a sought after speaker and has been published in numerous magazines and papers. Known as “The Networking Guru” by The Globe and Mail and Breakfast Television and “The Career Guru” by the Toronto Star and Huffington Post, he educates, entertains and shares his wisdom with thousands every year.

His first bestselling book, “Tapping the Iceberg” focuses on getting Straight A’s (Attitude, Aptitude, & Action) in life through unleashing your possibilities. His new book “G3”, also an international bestseller focuses on being the best You, Leadership and Netgiving. Tim is on many boards and spends countless hours giving to the Corporate world and his community. He is also the former President of the HRPA Toronto Chapter.

Shawn Mintz is the President of MentorCity™ which offers comprehensive, easy-to-use and cost effective online mentoring software for companies, schools and associations. Shawn has over 10 years’ experience in the career and employment services sector.

He has created award-winning mentoring initiatives that have helped thousands of people to achieve greater success. In recognition of his efforts, Shawn has received George Brown College's Career and Work Counsellor Crystal Award for Innovation and been profiled in Canadian Newcomer Magazine as a Canadian who has demonstrated commitment to helping new Canadians succeed. He has also published an eBook called MentorCity: How a few minutes with the right person can change your life.


HR professionals who are eager to attend the industry’s most anticipated event are encouraged to secure their tickets now as availability is now incredibly low.