How to identify it, how to address it and what will happen if you don’t – one employment lawyer offers her expert advice. 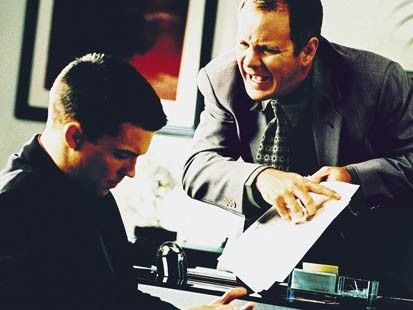 We
all know bullying isn’t confined to the playground – the cruel behaviour creeps into offices all across Canada and poisons once-productive workplaces – but what’s the best way to handle such a sensitive issue?

Here, labour and employment lawyer Ellen Oakes Thompson goes over the legal expectations governing employers when it comes to workplace bullying and offers advice on identifying, addressing and ending harassment.

“Conduct that may constitute workplace bullying falls on a wide spectrum, from isolated incidents to prolonged campaigns, from the seemingly innocuous to the extreme and vicious,” explains Oakes Thompson.

According to Thompson, bullying can occur between superiors and subordinates (flowing in either direction), between co-workers, through direct or online conduct, and within or even outside the workplace itself.

Regardless of the individual situation, employers are responsible for taking appropriate action to provide a safe workplace and for enforcing related policies, she stresses.

Thompson went on to warn employers to watch out for the following forms of bullying:

Thompson went on to warn employers to watch out for the following forms of bullying: Why employers should step in

Aside from the humanitarian side of ensuring no person feels belittled or unhappy, there’s also a clear business case to ending bullying.

“Employees who feel bullied are less productive,” Oakes Thompson reveals and statistics from the Canada Safety Council support her warning.

The study showed that bullied employees lost between 10 per cent and 52 per cent of their work fay by spending time defending themselves, seeking out support, and thinking about the situation.

Legal action is also a risk and in recent years, Canada has been handing out some serious financial settlements to bullied workers.

“Last summer, the Ontario Court of Appeal released a decision which imposed a hefty damages award on the employer and the manager who bullied an employee until she left work and never returned,” revealed Oakes Thompson.

Wal-Mart employee Meredith Boucher endured a campaign of bullying from her manager who publicly ridiculed and humiliated her, regularly using profane language.

After her repeated complaints were deemed “unsubstantiated,” Broucher refused to return to work until they were properly investigated – they never were.

While the case is definitely an extreme example, Oakes Thompson says it should serve as a reminder to employers that they may be held accountable for bullying behaviour, for failing to enforce policies, and for failing to take employee complaints seriously.