How vacations can lead to legal issues

One employment lawyer explains how an employee’s getaway could cause problems for HR. 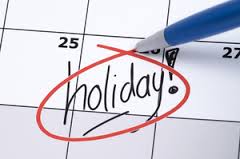 If
any of your employees are about to embark on a winter break, it may be worth reminding them about the limitations of their disability coverage - that's the warning from one top lawyer who says holidays certainly aren't without risk.

“Vacations for most people are considered their private time, and they generally they don’t have to account to their employers where they’re going and what they’re doing,” said Thomas A. Stefanik, partner and head of Employment & Labour Group at Torkin Manes.

However, if employees do something dangerous or go to locations where there maybe risks involved, such as destinations with travel advisories, Stefanik said their disability insurance might not cover them.

Stefanik said the human resources department can advise employees about the coverage and limits of their entitlements and benefits package.

“Employees could be warned by employers that if they go to an area where there’s a travel advisory, and [they] contract [a disease or] something, [they] may not be covered by the health insurance plan … It depends on what the policy says,” said Stefanik.

Lorenzo Lisi, partner and practice group leader of the Labour & Employment Group, Aird & Berlis, said should employees get sick and claim for long-term disability, it could be the third-party insurer of their employers who could disallow the claim.

“An employer’s not obliged to give more than their entitlement in their contract or at the very least under the law,” Lisi said.

Employers also need to determine what disciplinary action, if any, may be imposed on an employee who doesn’t return to work as expected.

“If an employee can’t return from vacation, it becomes an issue of whether or not there’s any discipline as a result,” Lisi said. “Employees are only entitled to be away from work for the period of time that they had been approved.”

While employee vacation time is generally considered private time, Stefanik said some senior company executives may be asked to keep in touch with the company even while on vacation. This is in cases of a business emergency where a decision needs to be made, or the executive’s comments or participation in business matters are important.

“In North America, there are somethings that can happen in a business very suddenly. It may be harmful to the company, if an executive can’t be contacted for days,” Stefanik said.

He suggested that in the company’s vacation policy, the HR department should make it a requirement to ask for emergency contacts details in cases of business and family emergencies. But this policy also means that employees should be sure that they are available in case of an emergency.

“Not necessarily to check their emails every two hours, … but the employee must also be responsible that in event of some kind of an emergency, they have to be accessible,” Stefanik said.

How to create a fairer mentorship program