One major Canadian insurer says its office overhaul will cut costs and increase telecommuting – but could they be putting productivity as risk? 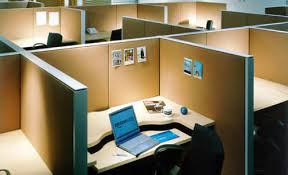 Silicon Valley has long championed the open-plan office and, in recent years, we’ve seen even the most traditional institutions adopt a similar structure – but what’s right for one isn’t right for all, so could certain organizations be making a big mistake? HRM investigates.

Canadian insurer Manulife announced a major money-saving strategy earlier this month – an office overhaul which is expected to cut property costs by 25 per cent and encourage more employees to telecommute.

“By 2017, Manulife’s major offices will have unassigned desks, tighter layouts, and flexible schedules that will allow a third of Canadian employees to work remotely,” reveals the report.

“Manulife will also add rental income from leasing the extra space once taken up by empty desks and filing cabinets,” it continues.

Leasing space in its Toronto property alone could give Manulife more than $11 million annually.
But Kevin Adolphe, the head of Manulife’s real estate team, said the organization would see more than just financial benefits.

“Although we started down the path of, this is all about savings, what we realized very quickly is we’re going to see substantial benefits that we can’t really measure perfectly,” he said – referring to productivity, staff engagement and employee turnover.

But is the insurer jumping on the Silicon Valley bandwagon just a little too late? – Ever more research is emerging to suggest they have made a mistake.

The perception of open-plan offices is slowly changing – employees once coveted cubicle-free work spaces but now it seems they’re craving some privacy.

Extensive international research by Ipsos revealed that 95 per cent of people say working privately is important to them – but only 41 per cent could do so in the office.

More than 10,000 workers in open-plan offices across 14 countries were surveyed and some of the key findings suggest Manulife’s 25 per cent cheaper property bill may actually be coming at a big cost.

Research by Canada Life Group Insurance also revealed that at 28 per cent of employees working in an open-plan office are almost six times more likely to say their working environment promotes stress than those working from home (5 per cent).