Millenials want options, or they leave. This innovative Vancouver company is catching hold of their best young talent before that happens. 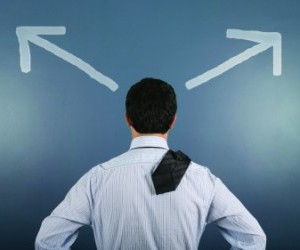 Van
couver road-maintenance company Mainroad Group has introduced new HR measures in an effort to hold on to talented - but restless – Millenials.

Business Vancouver reports the company has rolled out a new program called Career Paths, which is keeping younger employees by offering them options.

Employees in need of a change will be able to consult the network and look at other career paths within Mainroad that might be more fulfilling.

“We’re finding our newer employees, the younger employees that have interest in broadening their experience, we don’t want them to leave Mainroad,” Sakaki told Business Vancouver.

“So we’re saying, ‘Hey, if you have some interest in contracting, we have a career path for you in contracting even though we hired you in maintenance’,” he said.

Sakaki said that Mainroad was trying to balance the flexibility given to employees with the possibility of building a job-hopping culture.

“You always have that concern that people will just keep looking for that new job that they can apply for,” he told Business Vancover.

“It is a bit of ‘the grass always looks greener on the other side,’ but now there’s a lot of information available to our employees and external candidates where they can look at all aspects of the job before they would make that leap,” he said.

Mainroad employee Jenna Sturrock, 21, said that Career Paths had given her the opportunity to see the progression of positions so she could plan a career.

“For me, being young and having seen and heard how my co-workers have advanced throughout the company, I’m excited for my future with Mainroad.”