Testing will begin later this month after attempts by the union to block the policy were unsuccessful. 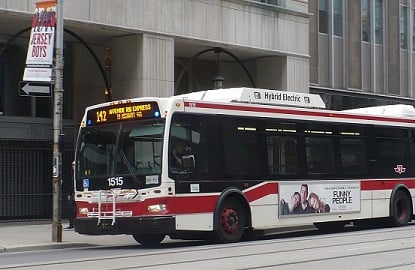 The Toronto Transit Commission will introduce random drug testing later this month after a judge upheld the organization’s decision to adopt the policy.

“There is a demonstrated workplace drug and alcohol problem at the TTC, which is currently hard to detect and verify,” wrote Frank Marrocco, associate chief justice of the Ontario Superior Court.

Marrocco also rejected an application from the Amalgamated Transit Union – which represents more than 10,000 TTC workers – to block the policy.

The ATU had argued that random drug testing would be “an abuse of employer power” and would violate basic human rights if implemented but Marrocco said public safety outweighs the risk of infringing on employees’ privacy.

“I am not persuaded by the evidence that instituting random drug and alcohol testing creates the likelihood of psychological harm to the employees, results in reputational damage or permanently damages the relationship between employees and managements,” he wrote in his decision, released yesterday.

TTC spokesperson Brad Ross stressed that the policy is focussed on keeping employees and the public safe.

“This is all about safety. We have an obligation to be the safest transit system we can possibly be,” he said. “We felt the need to add random to remain safe. We want our employees to show up for work fit for duty.”

According to the TTC’s court filings, there were 291 incidents between October 2010 and December 2016 in which employees’ actions raised safety concerns – in almost half of those, the TTC either confirmed or suspected substance abuse was a factor.

Under current policies, the TTC can only test workers under specific circumstances, including following a work-related incident, when a worker returns from substance abuse treatment, or when there is “reasonable cause” to believe an employee is impaired.

However, the new policy will allow the organization to randomly test employees in safety-sensitive positions, as well as certain management and executive positions, including the CEO.

The ATU – which was also ordered to pay the TTC’s $100,000 court costs – has sworn to continue fighting against the “intrusive” policy.