Should HR stop asking candidates about their current salary?

Workers hate questions about their salary history, and recruiters are divided over whether to ditch it 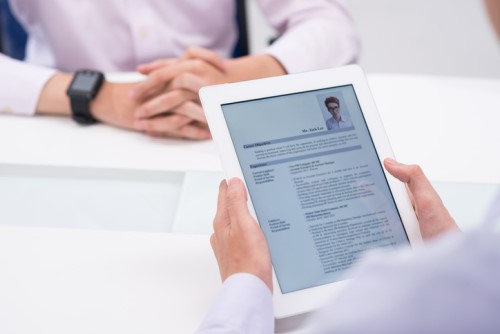 Can
didates want recruiters to ditch the “how much do you get paid?” question - but a hiring expert suggests instead using a bit more tact to coax prospective hires to reveal that information.

Several US states are considering law changes that would ban asking about a candidate’s salary history, and a new survey by job website Glassdoor reveals 53 percent of workers believe employers should not ask about their current or past earnings.

Women were particularly concerned that the question led to bias in the hiring process: 60 percent said recruiters should not ask about salary, compared with 48 percent of men.

“Before the first interview, hiring managers should work with their HR and recruiting teams to determine the value of the role, get very clear on what will drive a higher or lower compensation package ... and base interview questions around those topics. There are many factors that could determine a candidate’s compensation, but prior or current salary should not be one of them.”

However, Mark Rouse, of Toronto’s IQ Partners, believes recruiters should always ask about a candidate’s salary history, though he adds: “I don’t think it should be the first, second or third question that gets asked”.

“If a recruiter doesn’t know anything about your competencies, then what value does the salary information have anyway? There’s no point knowing what something costs if you don’t know anything else.”

While some recruiters may use salary history to weed out candidates deemed too expensive, Rouse says “that always seems a very short-sighted view – not to mention rude”.

He says even if a candidate’s salary expectations are too high, they may be prepared to accept less if the role is more stimulating or has other benefits, such as slashing their commute time. On the other hand, they may be a better fit for another role that pops up in future.

If a candidate refuses to give their salary history, it’s important to ask why: it may be that they’re concerned they’re putting themselves at a competitive disadvantage, especially if they know they’re underpaid in their current role.

Other candidates may exaggerate their earnings as they pitch for a higher salary, so recruiters should have a solid understanding of the market value of the role.

Rouse adds that employers should also know what the role is worth, instead of relying on the candidate’s past earnings to set their future salary.

“If a company’s basing their decision only on what someone has made before, then they’re trusting that the other company knew what they were doing by paying that person that much. That person may or may not be worth it.”