Top leaders are more likely to suffer depression yet relatively few ever speak up – now, one industry coach is pushing for change. 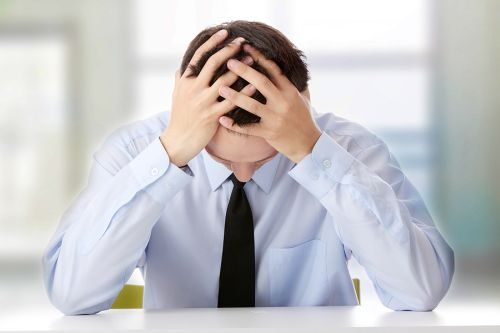 A number of studies have suggested CEOs are at a greater risk of mental illness than the average worker yet relatively few ever speak openly about their experiences – now, one leadership coach is pushing for change.

“Anxiety and depression are big issues and we need to makes sure executives and the C-suite are aware of it, are honest about it, are dealing with their own illnesses and have a culture of acceptability and removing a stigma,” he continues.

According to the World Health Organization (WHO), an estimated one in four people will be affected by a mental illness at some point in their lives and around 450 million people currently suffer from at least one, placing mental illness among the leading causes of ill-health and disability worldwide.

However, despite the widespread prevalence, nearly two-thirds of people with a known mental disorder never seek help from a health professional and research from WHO suggests stigma and discrimination is largely to blame.

Miller admits he too has been stigmatized in the past but chose to share his own struggles with mental illness in his autobiography – ‘Moppin’ Floors to CEO’ – and says if other leaders could do the same, it would go a long way towards convincing staff that they can still be successful even if they’ve suffered from a psychological condition.

“We still have this perception that depression and anxiety are character flaws, that somehow it’s our fault, that we did something to ourselves – but it’s not – it’s a chemical imbalance and it can be treated,” says Miller.

“We need to be honest and supportive – it’s a part of life, we all struggle but nobody should suffer alone.”