Record number of workers spending more than they earn

'With rising interest rates and persistent inflation still an issue, it's likely this trend will continue' 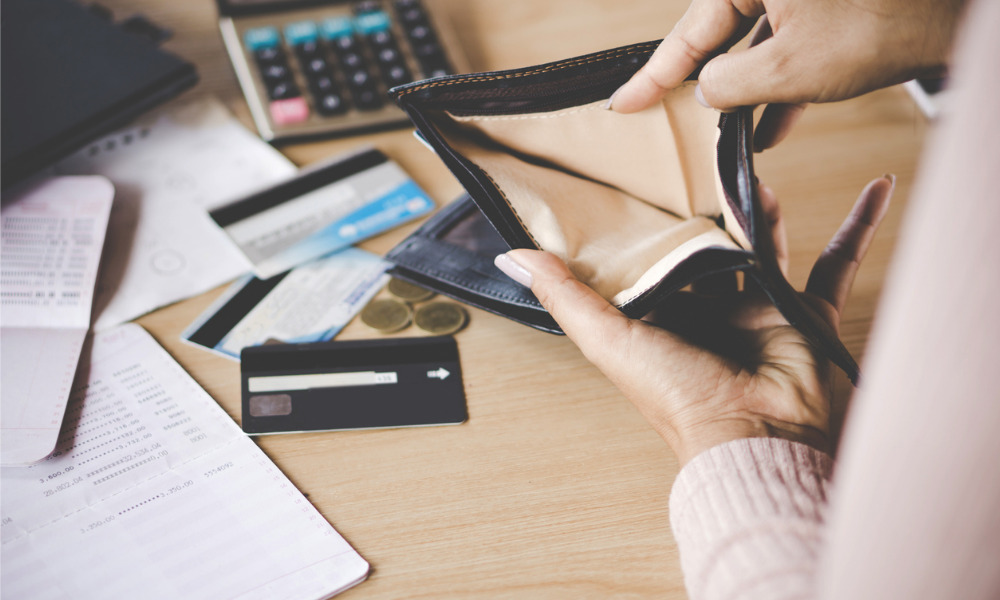 While life returned to a level of normalcy this year, it has not been easy financially for Canadians.

The number of people living paycheque to paycheque has climbed by 26 per cent relative to last year.

And 11 per cent workers are spending more than their net pay, the highest level ever reported in the survey released by the National Payroll Institute.

“More Canadians are struggling financially as we emerge from the pandemic economy,” says Peter Tzanetakis, president of the National Payroll Institute (formerly known as the Canadian Payroll Association).

“The data indicates that things are likely to become even more difficult for more people in the near future.”

Canadians also appear to be saving less. Those saving between one per cent and five per cent of their pay increased to 34 per cent from 27 per cent in 2021, while nine per cent of respondents save nothing, found the survey of more than 3,000 Canadians conducted from June 7 to July 15, 2022.

Inflation and cost-of-living increases are the biggest concerns, with people most worried about the cost of food and transportation — and they are turning to credit cards to fund these basics. Eighteen per cent have used debt to pay for essentials such as food, clothing or shelter in 2022.

Also, working Canadians with credit card debt skyrocketed to 42 per cent from 29 per cent in 2021. Among all groups, 27 per cent reported an increase in debt, up from 17 per cent a year ago.

“With rising interest rates and persistent inflation still an issue, it’s likely that this trend will continue,” says Tzanetakis.

Here are some things employers can do to help support the financial wellbeing of their staff, according to Dentons:

“As inflation rates continue to soar, employers and employees are both struggling and in many cases there is no way to maintain revenue and incomes,” says the law firm. “The suggestions considered here will not solve this problem but may help reduce the difficulties just a little.”