Are we on the brink of a retirement revolution?

One industry leader says major changes will happen over the next 10 years as the current system just can’t cope. 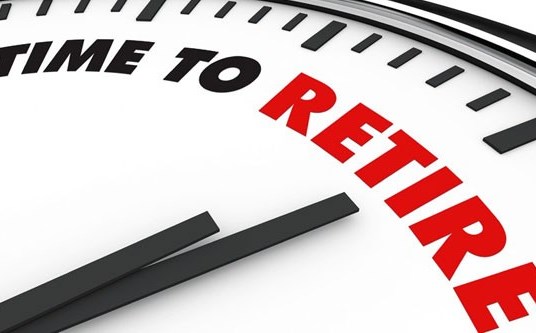 Retirement as we know it may be on the brink of a major revolution – at least that’s the claim from one leadership expert who says the current system just can’t cope.

“We're heading for an average age of more than 90 years and certainly a 100 year lifespan is realistic for the younger generations,” says Morag Barrett, CEO of international HR firm SkyeTeam.

“If we’re going to live for 100 years, the traditional 20th century approach to retirement – that is, working until you're 65 and then exiting the workforce – just seems impracticable to me.”

Barrett – who recently co-authored ‘The Future-Proof Workplace’ – says most baby boomers simply can’t afford to retire at the traditional age because they wouldn’t be able to support themselves financially for the rest of their lives.

“Imagine how big of a pension pot we would have to save to fund a 40-year retirement?” she says. “That’s a huge amount of money.”

Instead, Barrett predicts employees and organizations are going to move away from the traditional retirement structure and adopt a sabbatical approach which compliments the changing nature of work.

“Work is becoming more like tours of duty and statistics from the World Economic Forum say that within the next 10 years, 50 percent of the workforce is likely to be in the gig economy,” she says.

“We have to stop thinking about work as three, five or 40 years working for a company – now they are these short bursts of energy.”

According to Barrett, the retirement revolution will see workers take sporadic time off – or sabbaticals – between “tours of duty” and will also encourage employees to keep learning throughout their entire lives.

“I think a braided system is going to become much more common,” she says. “So it’s education, work and life together then a period away – whether you’re travelling, doing a community project or going back into education – then coming back for a period of work in order to refill the coffers and continue that cycle.”

Barrett says the system would work well for employers too – giving older workers the change to reskill, remain relevant in a rapidly changing world and ultimately fill problematic talent gaps.

Similarly, the altered approach to work is likely to keep millennials more engaged as it lends favourably to the idea of constant improvement and career variety.

“The idea of the career ladder as always being vertical and the definition of success as stepping up – that’s obsolete,” says Barrett. “The career map is going to be about moving up, down and across.

“That portfolio approach becomes more engaging, especially for millennials who are looking at purpose, the legacy they’re creating and the impact they’re having,” she says. “That ability to be nimble and move becomes paramount and reinforces career lattice not career ladder.”

While the approach may seem a long way off, Barrett expects to see a significant increase over the next five to ten years and says employers should be considering the system now.

“If they don’t, then they won’t become appealing to the next generation of workers,” she warns.


The upcoming HR Leaders Summit West will feature an informative session on economic megatrends and the future of work. Presented by Todd Hirsch – ATB Financial’s chief economist – the session will discuss how businesses can adapt to rapidly changing economic conditions.
More information on the Vancouver event, due to be held in April, can be found online.