Investigations must be fair and thorough or employers will put themselves at significant risk, warns one leading employment lawyer. 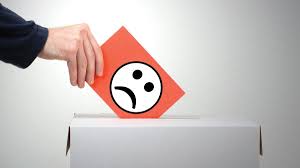 In
any workplace, it is possible, if not likely, that people will not always get along. When employee incidents happen and complaints are made, it is important for the employer to promptly investigate a complaint to avoid liability under the Ontario Human Rights Code.

Why does an employer have a legal obligation to investigate a complaint?

Besides wishing to be proactive in investigating complaints to protect against liability and to promote a good working environment, a duty to investigate a complaint of discrimination is imposed on all employers by section 5 of the Code. The purpose behind this obligation is to ensure that the rights protected by the Code are meaningful to employees.

But when is the employer’s duty to investigate triggered?

Once the employer’s duty to investigate is triggered it should proceed with an investigation.

Unfortunately for employers, not just any investigation will do to avoid liability. An employer investigation must meet the criteria known as the Laskowska test to fulfil its Code obligation. This test assesses the employer’s response to a complaint at three different time periods.

First, the employer’s preparedness or awareness of issues is assessed. At this time factors such as the presence of anti-discrimination and harassment policies are considered along with whether a complaint mechanism was in place. A further factor is whether or not adequate training was provided.
Second, the employer’s reaction post complaint is assessed. This assessment considers the seriousness, promptness, and action that the employer takes to address the complaint. It is at this stage that the procedure and substance of the investigation process selected by the employer is critical.

Third, the employer’s resolution of the complaint is assessed. At this stage, the employer must provide a reasonable resolution in the circumstances. An investigation can assist with this stage by providing a recommendation for resolution.

The good news for employers is that they are not held to a standard of correctness when the Human Rights Tribunal or another forum assesses an investigation. Rather, the Tribunal, in Zambito v LIUNA Local 183 2015 HRTO 605 clearly establishes that an employer investigation is assessed on a reasonableness standard.

The take away from Zambito is that an internal investigation does not have to create a perfect workplace – the Tribunal specifically stated that it was not necessary in this case for an apology to be made. Rather, the Tribunal considered the facts of the specific complaint and noted that there were no further incidents between the co-worker and the applicant after the investigation. As a result the employer was not liable for its investigation.

To avoid liability under the Code Employers should proactively prepare to address discrimination and harassment by having policies and a complaint mechanism in place. If a complaint is filed, the employer should promptly respond to the complaint and conduct a reasonable investigation. Finally, to avoid liability employers should look to resolve the complaint and should consider what will be required in each individual circumstance.

‘Tis the season to get sued