A leading lawyer reminds employers in Ontario’s construction industry about the extra preparations they need to make before March 1. 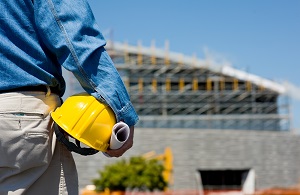 In
Ontario many construction industry collective agreement negotiations take place every three years. On April 30th of 2016, collective agreements in the residential and the industrial commercial and institutional (ICI) sectors (as well as other sectors) expire.

The decision whether or not to conduct a “raid” and file a displacement application lies solely with the construction trade union. Further, the decision to “decertify” or terminate a trade union’s bargaining rights must be made by the construction employees. However, it is important that a construction employer know its rights and responsibilities should an application be filed. By all accounts, and based on previous history and experience, it is expected there will be significant raiding activity during the upcoming open season.

As a construction industry employer, protect your rights

A construction union that attempts to raid and displace an incumbent union must serve on the employer and the incumbent union an “application for certification”. Similarly, construction employees wishing to terminate the union’s bargaining rights (“decertify” the union) will have to serve an “application for termination of bargaining rights”. However, prior to serving either application, it must first be filed with the Ontario Labour Relations Board (the “Labour Board”). The date the application is received by the Labour Board or is sent by Canada Post Priority Courier (if filed in that manner) will determine the “application filing date”.

The timelines of the Labour Board are extremely short and meeting the deadlines in responding is critical. The failure to respond, or to respond on time, can seriously affect an employer’s legal rights. If a response is not filed within the timelines, the employer can lose all rights to participate in a union displacement application. This means that the employer can lose its opportunity to raise issues with the Labour Board regarding which union will ultimately represent the employees, identifying the proper group of employees under consideration or commenting on the applicable geographic scope of the bargaining unit.

The Labour Board’s process and deadlines

Within two business days of receiving an application, an employer is required to serve on all affected parties (including the incumbent union) and file with the Labour Board a legal response. This means that the employer has only two business days after receiving the application to make a number of important and strategic decisions, as well as complete, serve and file the response. The Labour Board will rarely extend these time limits, so an employer must plan to file its response within the time requirements.

The Labour Board’s Information Bulletin No. 32 (found here) reflects the processing deadlines for the filing of information by the respective parties required in resolving such applications as well as the disclosure of documents. Any issues arising in connection with the vote such as the eligibility of voters or misconduct leading up to or during the vote must be raised within strict timelines. The Labour Board will also seek to resolve these applications on an expedited basis.

Some matters relevant to responding to such applications are entirely factual. For instance, construction employers should have readily available a current list of all construction employees, times sheets (or similar) confirming dates worked and a list of active jobsites at which employees are working.

In this regard, supervisors ought to intensify their note-taking efforts as the open period approaches. Having detailed and accurate notes of whom is performing what work and where the work is performed generally leads to shorter hearings and better results for employers.

Other aspects of the response require a careful consideration of company objectives and strategy and Labour Board practices and case law.

For example, in response to applications for termination of bargaining rights filed by employees, the incumbent union will often assert that by way of violations of the collective agreement and by selective hiring, layoff and recall of employees that the employer facilitated or encouraged the applications. This is often referred to as the “April Waterproofing”principle, named after the Labour Board’s decision in April Waterproofing Limited [1980] OLRB Rep Nov 1577 (found here). If proven, these assertions can be fatal to such an application.

Several of the lawyers at CCPartners are experienced in the complex area of construction labour relations. Click here for a list of CCPartners’ lawyers who can assist construction employers in responding to these applications.