The case sheds light on a contentious issue for Canadian organizations 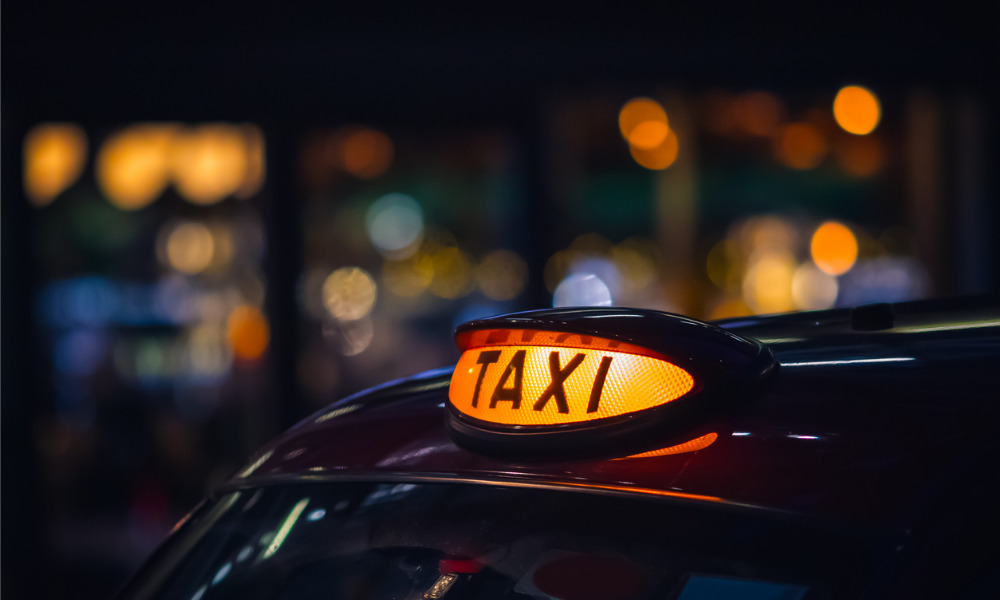 At the BCCA, the Companies were appealing the decision of the Supreme Court of British Columbia (SCBC), which also upheld the Tribunal’s determination.  In rendering its decision, the BCCA rejected the notion that a precise legal test should be applied universally to determine whether an individual is an “employee” or an independent contractor for purposes of the province’s Employment Standards Act (ESA).  The court decided instead that the central question is whether the person is performing services as a “person in business on his own account” and, to make the determination, a non-exhaustive list of factors should be considered in a contextualized manner.

In 2016 and 2017, the Drivers filed complaints with the Director of Employment Standards (Director) under s. 74 of the ESA arguing that they were employees of the Companies.  The Companies operate as follows:

Two complainants were Spare Drivers and one was a Lease Driver.

One of the complainants, Mr. Abadi (Abadi), drove a Black Top taxi between 1998 to 2016.  Until 2014, Abadi considered himself an independent contractor and filed his tax returns accordingly; however, in 2014 and 2015, he reported his taxable income as earned from employment.  In 2015, Abadi applied for employment insurance benefits and the Canada Revenue Agency agreed that he had always been a Beach Place employee.  In 2016, Beach Place was assessed for unremitted CPP contributions and employment insurance premiums for the reporting period from January 24, 2015 to January 1, 2016.  Beach Place appealed this decision to the Tax Court of Canada.  The appeal was allowed and the judge decided that at the time in question Abadi had his own business and was not an employee of Black Top or Beach Place (Tax Decision).

Decision of the BCCA

The BCCA agreed with the BCSC and dismissed the Companies’ appeal, upholding the Tribunal’s determination that the Drivers were employees.

Upon making their appeal, the Companies argued that in failing to follow the Tax Decision, the Reconsideration Decision was patently unreasonable.  The BCCA found no merit in this argument and dismissed this ground of appeal.

The Companies also argued that the Reconsideration Decision was patently unreasonable because, among other things, the Reconsideration Panel applied an erroneous interpretation of the term “employee” in the ESA.  In making this submission, the Companies argued that that the “application of the ESA requires…a clear and coherent conception of employee/employer relationships,” which had not been applied.  The BCCA did not agree, however, that such a test was required.  The court found it difficult to understand the Companies’ insistence on the need for a general conception of who is an employee and noted this “pre‑supposes a monolithic ‘conception’ of employment within which there is significant consistency between the common law, other statutory schemes and the ESA.”

The BCCA stated that throughout the proceedings the decision-makers relied on a framework that was context- and fact-specific when deciding whether the Drivers were employees for purposes of the ESA, and that the Reconsideration Decision expressly addressed the Companies’ argument when it stated that the existence of an employment relationship is best determined by examining all relevant factors, rather than by applying a single precise legal test.  The BCCA referred to 671122 Ontario Ltd. v. Sagaz Industries Canada Inc., 2001 SCC 59 (Sagaz), in which the Supreme Court of Canada concluded that the central question is whether the person is performing services as a “person in business on his own account” and provided a non-exhaustive list of facts to consider, including whether the worker provides their own equipment, whether the worker hires their own helpers, the degree of financial risk taken by the worker, the degree of responsibility for investment and management held by the worker, and the worker’s opportunity for profit in the performance of their tasks.  The BCCA noted that the factors identified in Sagaz were considered by the Reconsideration Panel, which understood that its role was to analyze the Drivers’ complainants “in a contextualized manner and ‘not by articulating and applying a precise legal test or definition.’”  The BCCA concluded:

What constitutes an employee under the ESA is necessarily framed by the statutory definitions in the ESA, the ESA itself and relevant jurisprudence. Beyond that, however, further insistence on the need for conceptual rigour is at odds with the recognition in Sagaz that ‘there is no one conclusive test which can be universally applied to determine whether a person is an employee or an independent contractor’ (at para. 46) and that the ‘relative weight of each [factor] will depend on the particular facts and circumstances of the case’ (at para. 48).

In my view, the unwillingness of the Reconsideration Panel to formalize a ‘conception’ of ‘employee’ for the purposes of the ESA was not patently unreasonable.

The BCCA considered and rejected additional arguments raised by the Companies relating to issues of interpretation, including the Companies’ argument that “the Reconsideration Decision failed to adequately consider various interpretive presumptions that assume consistency between words used in legislation and words used in the common law.”  In rejecting this argument, the court noted that the ESA is “benefits-conferring” “program legislation,” which generally takes the form of a self-contained statute that “addresses social or economic problems by establishing programs of regulation or benefit distribution and creating departments or other agencies to administer them.”  This is in contrast to “reform legislation,” which amends “‘private’ law – the law of property, the law governing the relations of subjects to one another.”

The court quoted a leading academic text on the interpretation of statutes,1 which provides that the nature of legislation—program versus reform—will affect its interpretation.  While reform legislation “is rooted in the common law and still is closely associated with common law principles and values,” when program legislation is interpreted, the legislature has primacy; “resort may be had to the common law, but only as needed to carry out the legislature’s purpose and to ensure the effective operation of its scheme.”

Certainly, the common law provides interpretive context to the ESA.  But the appellant’s emphasis on the primacy of the common law or on the need to interpret the ESA in a manner that mirrors the common law fails to recognize these various principles and distinctions.

In response to the Companies’ submission that the word “employee” was “obviously intended to be understood with some regard to common law jurisprudence,” the BCCA stated that it was clear that in the Determination, Appeal Decision and Reconsideration Decision, the question whether the complainants were “employees” was firmly tied to Sagaz and to the guidance provided by other court decisions.

The Companies also objected to the statement in the Determination that the ESA is intended to protect “as many people as possible” arguing that it reflected an interpretation of the ESA that was “impermissibly expansive” and that “the failure of the Tribunal to expressly disclaim or endorse the delegate’s assertion was ‘a failure to engage in a proper process of statutory interpretation.’”  The BCCA stated, however, that the Reconsideration Decision directly addressed this interpretation of the ESA when it stated:

The decision of the BCCA in Beach Place confirms that although the common law provides interpretive context to employment standards legislation, there is no single conclusive legal test for determining whether an individual is an employee for purposes of such a statute.  Beach Place reinforces that the existence of an employment relationship is best determined by considering all relevant contextual factors, including but not limited to whether the worker provides their own equipment, whether the worker hires their own helpers, the degree of financial risk taken by the worker, the degree of responsibility for investment and management held by the worker, and the worker’s opportunity for profit in the performance of their tasks.