Can you provide working notice of termination to employee on disability leave? 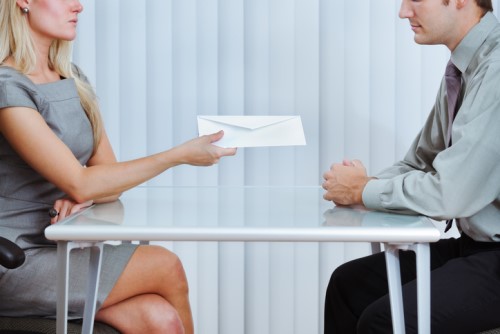 One question we often get from employers is whether they can provide working notice of termination to an employee who is on an approved leave. More often than not, the leave being referred to is disability leave. While various courts and tribunals have disagreed over the years, Ontario’s Divisional Court appears to have put the issue to rest.

The Divisional Court recently denied an employer’s appeal of a decision where the lower court held the employer could not provide working notice of termination to an employee who was on an approved disability leave – confirming that any such working notice provided while the employee was on disability leave would not “count” towards reducing the amount of wrongful dismissal damages awarded.

In the lower court decision, the plaintiff was employed by the defendant, Frontier Sales, for approximately 17 years when he was placed on an unpaid leave of absence as a result of injuries sustained in a non-work-related motor vehicle accident in September 2015.

On January 31, 2016, while still on his leave of absence, the plaintiff was sent a notice of termination. He was advised that Frontier was shutting down operations on July 31, 2016 and that his employment would be terminated effective July 31, 2016. The employee returned from his leave on July 21, 2016 and worked a few shifts prior to Frontier’s operations shutting down and later found replacement employment in October 2016.

At the hearing, Frontier argued that the six month period between January 31, 2016 and July 31, 2016 constituted working notice of termination and that any award of damages to the plaintiff ought to be reduced by the working notice period. The lower court disagreed, finding as follows:

[34] Until he was able to return to work, the plaintiff could not be expected to undertake a serious job search. What potential employer would be prepared to hire someone when the potential employee was incapable of advising when they could actually start to work and what they would be able to do?

The lower court ultimately determined that the employee was entitled to a reasonable notice period of twelve months starting on the date of his notice of termination, January 31, 2016, and did not reduce the damage award as a result of the working notice provided to McLeod by Frontier. Given the plaintiff found replacement employment in October 2016, Frontier ordered to pay nine months’ wages to McLeod.

In dismissing Frontier’s appeal, the Divisional Court ruled that the lower court had not made a “palpable and overriding error” in finding that the employee’s medical condition was such that he could not be expected to undertake a serious job search until he was able to return from his disability leave. The court ordered Frontier to pay the employee $12,500 in legal costs for the appeal.

Even worse, had the employer originally waited until McLeod returned from his disability leave to provide him with notice of termination, the notice period would have run starting from July 21, 2016. This means Frontier would have only been liable for the three (3) months’ wages representing the period of time between the employee’s return to work and the date in October 2016 when he commenced his replacement employment.

The takeaway from this decision for employers is twofold. First, if an employee is absent from the workplace on any leave, the employer should carefully consider whether providing working notice of termination is appropriate in the circumstances. Second, employers ought to carefully consider the timing of any notice of termination, whether working notice or otherwise.

For assistance in navigating all aspects of employee terminations, including whether working notice is appropriate in the circumstances, employers should contact any one of the experienced lawyers at CCPartners.