Do in-office workers have an advantage over remote counterparts? 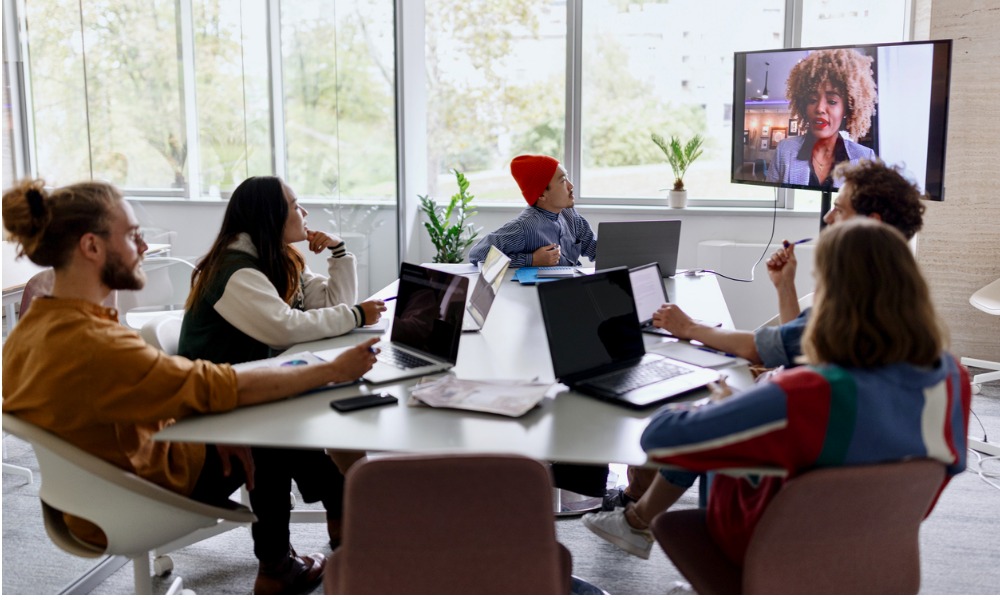 Remote workers may be enjoying some benefits in their setup, but they may also be missing out, judging by a survey.

Specifically, 56 per cent of U.S. adults believe employees who work exclusively in-office have a competitive advantage over their fully remote counterparts when it comes to getting raises, bonuses, and promotions, reports the American Staffing Association.

Despite this sentiment, less than half (48%) of workers report they are working completely in-person, 28% are working on a hybrid schedule, and 24% are fully remote.

"How, when, and where work will get done in the future is still an open question,” says Richard Wahlquist, president and CEO, American Staffing Association. “Employers are trying to determine how hybrid and remote work affects productivity. And employees are trying to determine how the rise of hybrid and remote work is going to affect their careers, especially now that they're contending with economic uncertainty.”

In Canada, 80 per cent of remote workers say they would rather look for a new job if required to go back to the office full-time, according to a previous report.

Currently, women (51 per cent) are more likely than men (44 per cent) to say they work on-site full-time, according to the American Staffing Association.

"One thing that is certain is that hybrid and remote work [is] here to stay for significant numbers of employees whose work could be done from home,” says Wahlquist.

“For those workers who have jobs that require in-person work, the challenge for all employers is to create and maintain employee-centric organizations that embrace workplace and work schedule flexibility; equal opportunity for advancement; and open dialogues with employees about their needs, desires, and concerns."

This points to a need for employers to implement remote work policies that eliminate around remote work, say researchers Carmina Ravanera, Kim de Laat and Sarah Kaplan of the Rotnam School of Management at the University of Toronto in their report The Future of Work: Will Remote Work Help or Hinder the Pursuit of Equality?

“Both workers and organizations benefit from policies that remove stigma of remote work because it increases worker motivation and job performance,” they say. “Organizations can offer these options on a regular basis and ensure that they are accessible for everyone and universally appealing to people of all genders and backgrounds.”