How HR can support working dads

In honour of Father’s Day, we find out how to address the struggles of this oft-forgotten group 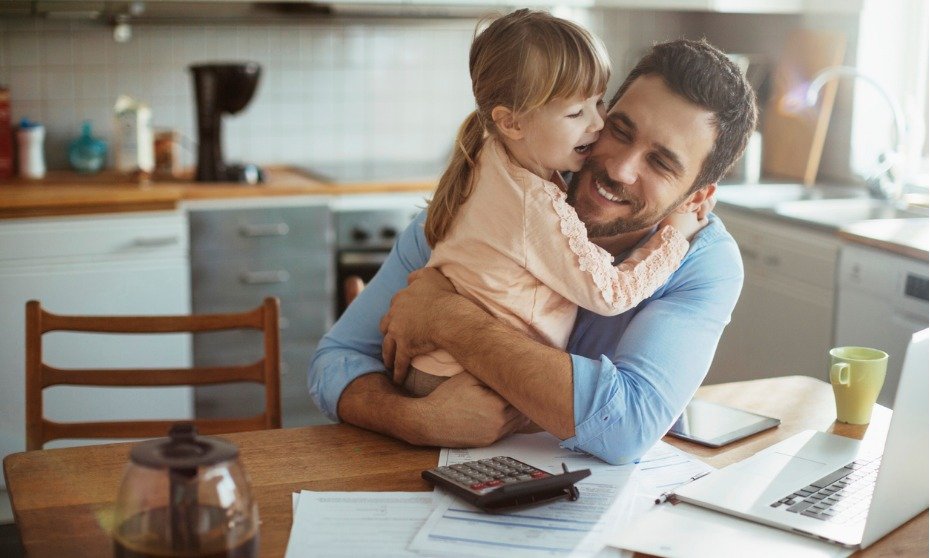 When it comes to supporting working parents, issues faced by busy fathers are typically overshadowed by the overwhelming challenges faced by working mothers.

With good reason though – despite the extensive discussions around supporting employees professionally and personally, working mothers continue to struggle to balance both roles.

But in honour of Father’s Day (16 June), HRD sought to address some of the challenges faced by working fathers and find out how HR can better support them.

While 55% of working mothers struggle with the difficulties of leaving their children at home to go to work, most men (41%) battle with the constant pressure to provide for their families, according to a Monster.com study.

Men are also taking note of the need for flexibility, parental support and workplace policies that provide balance for everyone. Although more men say they have flexibility at work (55%) than female respondents, 71% are also desperate for more options.

Additionally, more than half (53%) of men struggle with work-life balance as their main workplace challenge.

Both working mums and dads lack support in Singapore. Is HR doing enough?

Being a father of a young daughter, Teck Yong Lim, head of regional operations and people team at Shopee, a Singapore-based e-commerce company, can attest to the findings.

By choice, Lim currently works in shifts to accommodate his roles at home and at work. He shared with us that he leaves work early to reach home in time for dinner with his family, before resuming work late at night – sometimes at 1am after his daughter has gone to sleep.

He said the schedule simply works for him and makes it clear to colleagues that even though they get emails from him at odd hours, they’re not obligated to answer them. Such schedules are also enabled due to Shopee’s flexi-work policy.

Struggling to balance work and family

Lim didn’t always have it figured out. Prior to his career with Shopee, he used to be in a “punishing” role in the consulting business. The travel-heavy job hit him especially hard after his daughter was born in 2012.

“It was a punishing job. I had to travel every week,” he said. “I would take the first flight out Monday morning and return on the last flight on Friday. If I’m lucky, I’ll return on Thursday.”

For the two years he was on the job, he missed most of his daughter’s milestones.

“First word, first crawl…you know name it, I basically missed a lot of them,” he said. “I heard the second word, saw the second crawl – but it’s never the same.”

He shared two experiences that were especially impactful and taught him crucial lessons that hold true to this day.

The first one took place in 2014. He was in Jakarta for business and the first night he was overseas, his wife called saying that their two-year old had contracted hand, food and mouth disease. What’s worse, his wife was ill as well.

“Knowing that I couldn’t even return home and support them made it so much worse,” he said. “I felt helpless – it was only Monday and I had to endure until the end of the week. By then, most of the ordeal would be over, so my [working wife] would have dealt with it on her own.”

The next part of his consulting career took him even further. In 2015, he specialised in oil and gas and was posted out for a four-month project in less accessible Saudi Arabian cities such as Dammam. As the locations were quite a distance from home, he did not have the privilege of returning home on a weekly basis. He was only allotted a flight home every two weeks.

What he did to overcome the “painful” arrangement was to make his own plans. He found a way to make it cost-neutral and managed to fly home weekly to see his family. He discussed it with his work partners and assured them that he would give his 100% during work hours but wanted to return home on weekends.

“The big difference between the first and second examples is this: in the first one, I didn’t ask even though I should have,” he said. “In the second one, I asked. It’s amazing that when you ask, bosses are more understanding than you think. [Asking] made all the difference.”

Balancing work and life can be tough. Here are some tips to achieve an authentic “work-life harmony”

How to encourage employees to speak up

From his experiences, he learned that employers can be a lot more understanding and accommodating. But the first step that must take place is the employee-employer dialogue.

“Have that discussion – everyone’s needs will be different,” he said. “Understand what the staff requires, be it a working mum or dad, and we can make adjustments for sure.”

Shopee encourages employees to seek out help through a few initiatives. One of which is a bi-weekly reminder email on HR policies.

“I’m sure when we speak to employees during onboarding, they would have forgotten the HR policies, so we send them nuggets of information to remind them and think about how they can use the tools,” he said.

Shopee also has regular family-related events, as well as one-on-one sessions, including setting up chat groups on social platforms to offer employees support when needed. With the one-on-one sessions, Shopee aims to “win the hearts and minds” of managers to better embrace pro-family issues.

“It is tough as managers are bombarded with so many responsibilities,” he said. “Not only do they have to get their job portfolio done well, but they have to groom and motivate their team, take care of working mums…One of the few messages we tell managers is to be a bit more understanding, but naturally I think it’s challenging.

“I think it’s part and parcel of their responsibilities. We try to create this shared responsibility – that it’s not only HR that has to take care of and execute the pro-family policies. All our leaders have to work together with HR. We can facilitate and provide the tools but they will have to work with us.”

As for policies, Lim believes that there’s no fixed solution to meeting the changing needs of a diverse workforce.

“Policies are not cast in stone. What we set in 2016 may not be relevant now,” he said. “That’s why we try to keep an open mind and listen to employees and calibrate our changes. We cannot accede to every request but we try.”

Above all, however, he has one mantra when making decisions as an HR leader.

“Having that chat, conversation, dialogue – nothing replaces that,” he said. “No policy replaces an honest conversation.”