Would your staff sell private information?

A shocking new study has revealed that 1 in 5 employees would pawn work passwords for cash. 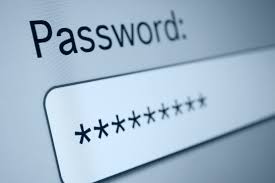 Emp
loyers are being warned to increase their cybersecurity where possible as a shocking new study reveals as many as 1 in 5 workers would sell private company information for some quick cash.

The study found that many employees wouldn’t even need a significant financial incentive to give up the goods – 44 per cent said they’d sell passwords to people outside of their organization for less than US$1,000.

Even more worryingly, some particularly disloyal workers admitted they’d give up sensitive information for less than US$100.

In addition, most employees surveyed (85 per cent) said they would react negatively if their personal information was breached by another company and 84 per cent said they were already concerned that sensitive information about them was being shared.

While workers are clearly concerned about their own security, that worry doesn’t seem to be translating into action – 65 per cent or respondents said they use the same password across several applications and 20 per cent admitted they often shared their password with co-workers.

“I think we’re seeing a big lag between awareness and implementation of good practices,” he added.

In addition, a full 40 per cent of respondents revealed they still had access to multiple corporate accounts after leaving their last job.

Cunningham said the results should serve as a stark warning to employers.

“It only takes one entry point out of hundreds of millions in a single enterprise for a hacker to gain access and cause a lot of damage,” he stressed.