Would you go under the knife for a new job?

1 in 20 female jobseekers admit turning to cosmetic surgery in attempt to level the playing field that they say is ageist. 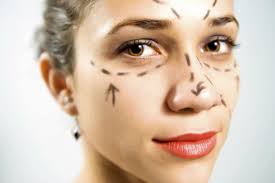 HR
managers may try to stamp out discrimination but new research has found the majority of women still think ageism is a major obstacle – now, female job seekers appear to be taking ever-more drastic measures in attempt to level the playing field.

Women’s employment charity Fit for Work collaborated with cosmetics company the Heat Group to conduct an investigation into ageism and the workplace – and the results are somewhat worrying. When asked if they’d ever taken steps to elude discrimination, over a third of women admitted to deliberately altering their make-up, clothing or hairstyle in attempt to fit the employer’s ideal age.

Approximately 1 in 20 revealed they’d gone as far as cosmetic surgery in a bit to increase their appeal to employers.

“Women are unfortunately judged more harshly than men when it comes to their appearance, and this includes their age,” said Gillian Franklin, managing director of The Heat Group. “Now we have a worrying 39% of women who are changing their looks based on their idea of the ‘ideal age’ for a job.”

Donna de Zwart, CEO of Fitted for Work, said the charity was focused on eliminating ageism within the workplace by encouraging employers to value personal strengths above all else; “We will continue to remind employers to focus on skills, experience and attitude over a person's age.”

Have you ever felt discriminated against because of your age? Share your thoughts below.

Equal pay makes an appearance at the Oscars

Tips for discriminating against everyone, by Target