HR managers in certain industries should be aware of the increased risk to their employees, warns one survey. 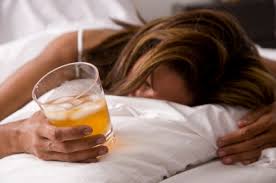 The
worst sectors for heavy drinking and drug use have been revealed and experts are urging HR professionals in certain industries to put extra protocol in place to protect their employees.

“Every employer will have to deal with a substance dependency issue at some point,” says Aon Hewitt VP Kim Siddall – but some industries are always going to be at higher risk than others.

The recent study, conducted by the Substance Abuse and Mental Health Services Administration (SAMHSA), found that – at 17.5 per cent – those in the mining industry were most at risk of heavy drinking.

Construction followed closely behind at 16.5 per cent and accommodation and food services stood at 11.8 per cent. Other badly affected industries included arts, entertainment and recreation (11.8 per cent), utilities (10.3 per cent) and wholesale trade (10.2 per cent.)

“Heavy use” was defined by the administration as having five or more drinks on the same occasion, five or more times in a month.

The survey also looked at drug abuse, revealing that accommodations and food services staff were the most likely to take illicit drugs – nearly a fifth (19.1 per cent) admitted to using illegal drugs within the last month.

Those in the area of arts, entertainment and recreation were also at high risk (13.7 per cent), as was management (12.1 per cent), information (11.7 per cent) and construction (11.6 per cent) also showed high numbers of users.

“While substance abuse is clearly not a new phenomenon, many employers struggle with how to best support an employee with a potential dependency issue,” says Siddall.
According to her, the first step to supporting employees is having a visible policy – particularly for those in at-risk industries.

“Organizations should ensure that there is a substance abuse policy in place along with their other human resource policies,’ says Siddall. “This policy should spell out what is considered substance abuse, the expectation of drug and alcohol use as it impacts the workplace, what will happen if an employee is impaired at work, how employees dealing with substance abuse will be assisted, and what is expected of employees with a substance abuse problem, as well as a statement of the employee’s rights to confidentiality.”

“Organizations should make their substance abuse policy accessible to all employees, and make sure that all employees are aware of the policy,’ she added.

HR, Holt Renfrew, and “harnessing the power of people”

HR in hyper-growth mode at Hootsuite