Why sports events are HR's ally

Big games can distract employees and disrupt the office but one business leader says they can be a useful tool. 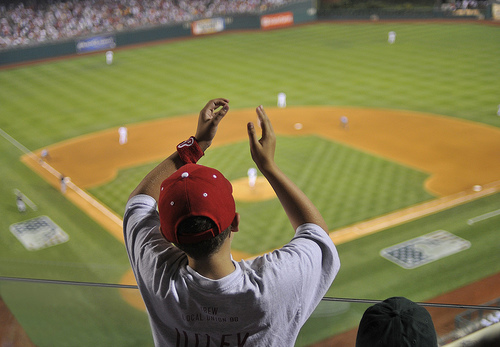 It doesn’t matter if it’s baseball, hockey or football – major sporting events can be a big office distraction and they occur all year round.

Sometimes games take place during office hours, other times employees simply can’t talk about anything else – but one business development expert says HR can use this excitement to their advantage.

“Rather than seeing it as a distraction, I think companies actually need to embrace it,” said Rideau’s executive VP of business development, John Mills. “Companies that embrace these types of event – the ones that mean something to individuals in the company – are the companies that will get people more engaged.”

Mills told HRM that employers should consider planning ahead for sporting events that employees are likely to care about and organizing an engagement-driving office occasion.

“I think it’s more appropriate from the HR policy perspective to get the company’s internal social committee involved to see what big events are happening that folks want to be involved with and figure out how you can weave that in to your day-to-day routine from an engagement perspective,” he told HRM.

Letting the side down

“To not let folks get involved or get excited about things that brighten their day, you will get negative engagement and the last thing you want is that disengagement where people might not be listening to the game on a headset, or watching it on their monitor but they’re shut out from what they’re supposed to be doing and that’s certainly not a good thing,” he continued.

“If you make it where people are going to feel guilty for cheering for their own team and their own heroes, you’re going to get a lot of disengagement internally,” he added.

Mills also stressed the similarities that can be drawn between sports teams and effective workforces.

“There’s nothing more engaged than a sporting team working together to accomplish a goal so I think it’s a good tie-in to say ‘The Blue Jays are great team – or whichever team – and we’re a great team here in this organization so we’re going to model ourselves on that and we want to be champions of what we do.”

“I think it’s a good idea to embrace that thing at work and make people feel proud of their communities and proud of who they support, knowing that they’ll support the company in turn,” he added.

Rideau also offered some quick suggestions for HR managers hoping to implement something similar next time a big game crops up.
More like this:

Can one manager really replace and entire HR team?