Why one Silicon Valley start-up is starving staff

Employees go without food for 36 straight hours in a move that bosses say boosts energy and ultimately performance. 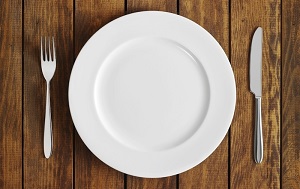 Employees who have a penchant for a mid-morning stack might be disappointed with the culture at one Silicon Valley start-up after it was revealed the company encourages workers to go without food for 36 hours straight.

According to Woo – and scores of other Silicon Valley workers who have adopted the practice – intermittent fasting helps improve workplace focus and boost concentration.

“It kind of sucks, in the beginning, to not eat for 36 hours,” he admitted. “But it’s fun to get breakfast together on Wednesday.”

The workers are part of a growing “biohacker” movement made up of high performing entrepreneurs who are trying to hack their own brains in a bid to gain a competitive edge.

There are so many people involved, that Woo set up a Wednesday morning breakfast specifically for biohackers.

“We realised that a lot of people in our community want to do that as well, so we started a biohacker breakfast,” he revealed. “We have 300 people in a Slack channel, nerding about fasting and different fasting protocols.”

Why bite-sized learning may be more appetizing

From leadership development to business agility