Why HR needs to get better at managing toxic employees

Are your employees too fearful to speak out? How colleague conflict can kill company morale 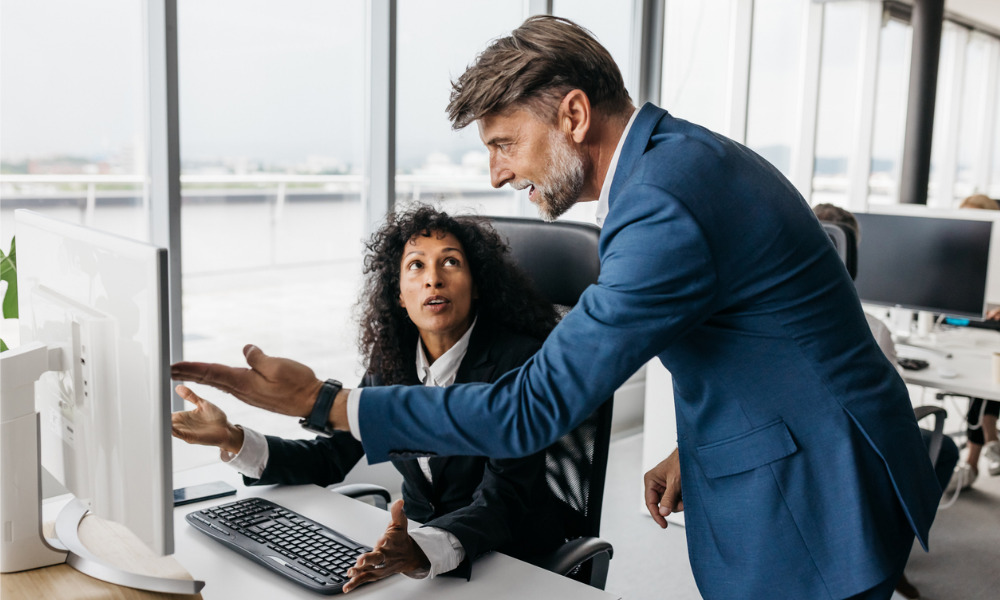 Toxic employees and co-worker conflict have only continued to thrive in the remote working set up – that’s according to leading social psychologist and author of Jerks at Work, Tessa West. Speaking to HRD, she revealed that (contrary to public opinion) employees are very reluctant to speak to HR about toxic colleagues, fearing the retribution or public humiliation.

“There’s a lot of reasons why people don’t complain to HR about toxic employees,” social psychologist Tessa West told HRD. “Not only are there potential social costs, but there’s a real threat of retribution - especially if the person being complained about holds power over the complainer. But the business of handling complaints by HR specialists is often a wait-and-see one: wait until the grievances come in, and then they come up with a plan of action.”

Rooting out the problem before it hurts morale

They key to spotting a toxic employee is learning how to ask the right kinds of questions, proactively, and routinely, to fish out bad behaviours before they become HR’s problem.

“If done right, HR specialists have the unique ability to play unbiased mediators of workplace conflict,” added West. “The best way they can do this is by meeting with employees regularly and asking specific questions about the behaviours that unfold at work. For example, they can ask about how often people meet with their boss or manager, if they are happy with turnaround time on feedback, and what they would like to see their manager do more of and less of, rather than asking general ‘how is the relationship’ questions.”

A HR leaders, we’re normally called upon to mediate these kinds of before they get out of hand. The trick is to catch the problem early before it starts depleting morale. So, how exactly do you spot a toxic employee? Most toxic employees have a wide range of behaviours, including positive ones that make them well-liked and respected at work. Toxicity is not typically worn on our sleeves—smart, toxic people know how to hide their bad behaviours when they need.

“Remember that toxic behaviour cannot happen without an environment that allows it flourish,” added West. “It’s just as important to look out for ‘red flag’ behaviours—like the tendency to see everyone as competition and a willingness to do whatever it takes to get ahead—as it is to look at the culture that encourages this behaviour—a world where the power players did just this and were rewarded for it, for example.”

A lot of bad behaviours at work aren’t intentional—they are misguided attempts to get ahead or manage people. And they are spread through social norms. If people see bad behaviour practiced and rewarded, they will do the same.

Read more: Do you have to pay for employee commutes?

“Freeloading, for example, is one of the most common bad behaviours at work,” added West. “In workplaces where it doesn’t matter who did what as long as the team succeeds, freeloading is implicitly encouraged. But in workplaces that systematically keep track of contributions, and give people a safe space to reveal work they do that is invisible or that was someone else’s responsibility, it is discouraged. Clear rules and policies are critical for stopping the spread of toxicity at work.”

How should HR manage toxic employees?

So, you’ve spotted a toxic employee – now what? Confront them? Give them a slap on the wrist? Fire them? To treat them, you need to remember that in general, there aren’t bad people and good people at work, there are bad and good behaviours, and situations that turn them off and on.

“Creating a culture of feedback, where people learn to ask and give it frequently, with a focus on specific behaviours, is key. So too is encouraging a close look at the processes that turn these behaviours off and on.”