A new survey shows Canadian employers are leaving their vacancies open for longer than almost any other nation. 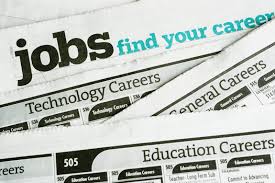 Canadian employers are leaving their online vacancies open for longer than almost any other nation, at least according to the latest figures from one leading jobs site.

Data from global giant Indeed found that nearly one in four (22.3 per cent) of its Canadian listings were more than 60 days old – up significantly from 18.7 per cent in 2015.

While the US can claim the number one spot for the percentage of postings still open after 60 days, Canada currently sits comfortably in second place.

“All countries under study, except China, experienced an increase in their share of job postings that remain online after 60 days,” said Daniel Culbertson, economist with Indeed.com. “At 3.6 per cent, Canada experienced the second largest increase from 2015 to 2016.”

Culbertson pointed to varying economic conditions as the driver behind unfillable job positions.

"In general, we find that economies that have been rebounding from the economic crisis in recent years have greater employer demand as represented by job postings staying open longer,” he said.

“Meanwhile, economies that have faced a slowing of economic growth, such as Italy, Brazil, Japan, and Russia, appear lower on the list."

The global ranking of nations can be seen below:

The site’s research also pointed to specific roles which Canadian employers just can’t seem to fill with associate product manager appearing across both 2015 and 2016.

"Job postings that stay open over 60 days are an indicator that employers are leaving roles open for an extended period,” said Jodi Kasten, MD at Indeed Canada. “This may be for a variety of reasons, including that employers aren't finding the talent they need, that they're hiring multiple people into the roles, or that they don't have a lot of pressure to fill the roles."

Industry figure Stacy Zapar will be addressing the issue of future recruitment and the challenges of building a talent pipeline at the upcoming HR Leaders Summit West.

More information on the Vancouver event – due to be held in April – can be found online.