What happens when a worker falls sick on vacation?

Should they legally be on sick leave or annual holiday? HRM asked two employment lawyers for their expert advice. 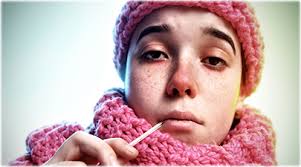 If
an employee falls sick while on vacation – effectively wasting their annual holiday – can they legally ask their employer to change their time off to sick leave? HRM asked two employment lawyers for their expert advice.

“Being sick doesn’t give you any rights so I don’t think an employer would have to say yes to that request,” says David Law, a partner in the Gowlings Employment and Labour Law group.

“I would say that’s a claim unlikely to succeed,” he added.

“There is a wrinkle of course,” continued Law. “The one wrinkle is where a person has a serious chronic condition that might meet the test of what a disability is in law.”

According to Law, if a vacationing employee’s disability reaches the point where they wouldn’t have been able to work – or if an employee becomes disabled on holiday – there may be a human rights argument that the employee can make.

“The reason I say that is because where a person is disabled to the point that it interrupts their work, normally that doesn’t break her employment relationship with her employer and she’s considered to be employed during those days,” explains Law.

“The employer has to accept that she’s absent due to a disability,” he continues. “They can’t punish her for that.”
Law asserted that the illness or injury would have to be legally classed as disability – short term or long term.

“It’s more than an illness or a cold,” he stressed. “It’s a chronic condition that materially impairs a person’s ability to work or interferes with their ability to work.”

While most organizations aren’t required to offer paid sick leave, many do allow employees to accrue sick days as an addition form of compensation and Gowlings associate Laura Morrison advised employers to bear this in mind.

“In an employment contract, if an employee is entitled to sick leave along with vacation and they do fall ill during their holiday, they could very reasonably go to their employer and ask for that time to be credited back to them,” she told HRM.

“They would probably have to produce some sort of doctor’s note which is standard in a lot of employment contracts but if they had proof that they were sick it would be a perfectly reasonable request.”

Law agrees – he says he would consider “best practice” would be for an employer who is satisfied with the genuineness of illness to swap out vacation days for sick days.

“It makes sense because that way you’re not inducing employees to ‘get sick’ in order to take their full days, you’re not creating a lie,” he explained.

“I would encourage employers to swap out where these credits exist because it recognizes real illness and it incentivises a better behaviour, which is honesty,” he added.

What are veteran employees scared to tell you?

Workplace wellness – how much can HR really do?

Why HR should be worried about workplace fatigue