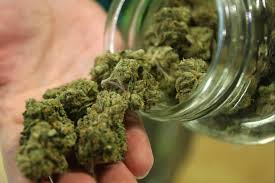 A Victoria police officer who campaigns for the legalization of drugs has been awarded $20,000 for injury to dignity, feelings and self-respect after the British Columbia Human Rights Tribunal found that his employer had attempted to obstruct his off-duty activities.

Const. David Bratzer’s complaint said the police department had tried repeatedly to hinder his participation with the group Law Enforcement Against Prohibition.

Among other things, he claimed that he had been prohibited from attending a harm reduction conference in Victoria, speaking at a federal Green party event and commenting to the media about a successful 2012 marijuana referendum in Washington state.

The tribunal agreed with five of Bratzer’s eight allegations and set out the $20,000 reparation fee.

"I accept that, for the most part, the VicPD was sincerely trying to feel its way through a confounding issue attempting to balance the interests of a long-standing public institution that is paramilitary in nature while recognizing Mr. Bratzer's right to express his views on this topic," tribunal member Walter Rilkoff wrote in the decision.

"Nevertheless, the interference was of a significant right afforded to all citizens of this country and province, including police officers, and any award must recognize the seriousness of that interference,” he added.

Acting Chief Const. Del Manak of Victoria police released a statement saying the department accepts the tribunal’s decision and will seek to learn from it. He added that there are no current plans for an appeal.