Veganism as a religion?

Could you have to accommodate an employee’s dietary beliefs? Or their trust in tarot cards? 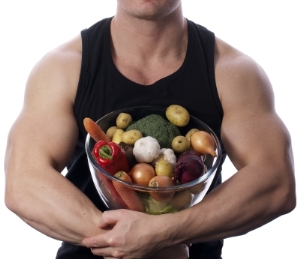 Could your next request for religious accommodation be based on a strong belief in Veganism, or a faith in tarot cards? It sounds like a joke, but they’re both real examples, and the law in Canada is yet to be truly tested.

A recent case in Ohio shows just how far some cases can go. A customer service worker in a hospital was fired for refusing a compulsory flu shot. She claimed the shot, which was incubated in chicken eggs, violated her vegan diet and further asserted that her veganism is a moral and ethical belief held with the same strength and sincerity as religious views.

The hospital had accommodated her request in the past, but provided the court with evidence of the risk of an un-vaccinated employer interacting with patients and visitors.

Could such a case come up in Canada, and what would the outcome be? Similar cases have been brought, but the decisions are far from decisive, according to Filion Wakely Thorup Angeletti lawyer Brian MacDonald.

“The Tribunal seems to have gone out of its way to not address non-mainstream religion when it comes up,” he said. Ontario has seen a similar case to the Ohio scenario when a vegetarian tried to argue it was a creed, and another case based on a belief in tarot cards was brought in 2009. In both cases the courts dismissed them without discussing whether the belief was a religion.

“It’s most often applied when dealing with conventional religions, so that part of the test is often taken for granted. But as society moves away from traditional religion, what constitutes a religion?” MacDonald said. “Vegetarianism on its own may not have a nexus with religion, but vegetarianism tied in with Buddhism definitely would.”

One reason the issue has not been truly answered is that the problem rarely arises. Vegan and vegetarian needs are usually easy to accommodate, so employers feel no need to question or challenge the request. Less traditional religions have few concrete rules to interfere with work. As MacDonald said: “It’s hard to find a Wiccan who can’t work Sundays.”

The hospital scenario currently being debated in Ohio would likely be a case of undue hardship.

“Let’s say for the sake of argument it’s a religious belief,” MacDonald said. “[In the hospital] it can’t be accommodated because to do so would be undue hardship for the employer because it’s putting it in a position of putting the public at risk. In another situation, where undue hardship isn’t a factor, it’s harder to judge, but I would probably advise an employer that they don’t have to accommodate vegetarianism in the absence of any clear nexus to religion.”

However, if the individual claimed it was based on a lesser known or newer religion it would come down to whether it was a religion, so an employer would have to be willing to take some risks to challenge it in court.