Two thirds of workers admit they’re “out of their depth”

A recent survey has revealed the majority of employees are struggling in work situations, terrified their bosses will find out. 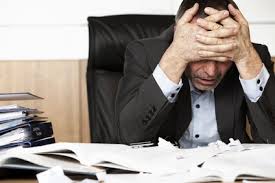 A s
hocking new study has revealed the complete lack of confidence that many employees have after the majority admitted they feel out of their depth at work and some say they’re terrified their bosses will find out.

In the UK-based study, two-thirds of workers admitted to struggling in work situations and three-quarters said they felt lucky to have landed their job.

Forty-per cent of respondents admitted using buzz words despite not knowing their meaning and the same number said they’re afraid they’ll be exposed for their lack of skill or competence.

Unsurprisingly, sixty per cent of employees expressed a desire for more on-the-job training to make them more confident and capable.

Reassuringly, the research also revealed the majority of workers (84 per cent) were mostly happy in their chosen role suggesting the issue is to do with confidence rather than their actual job

“The best way to boost your confidence and stop worrying about whether you are 'out of your depth' at work is to get some training,” said Mark Farrar, chief executive for the Association of Accounting Technitions.

'Studying for a qualification or training course will give you a strong foundation of knowledge, and could help put an end to feeling like you will be 'found out,’” he added.

The most common reasons for feelings of dejection at work were no prospects of promotion (48 per cent), 'the job is boring' (42 per cent), too 'repetitive' (42 per cent) and lack of pay rises (35 per cent).

Is technology making you a bad manager?