It’s a response most hiring managers can only dream of – although we’re sure the screening process was the stuff of nightmares. 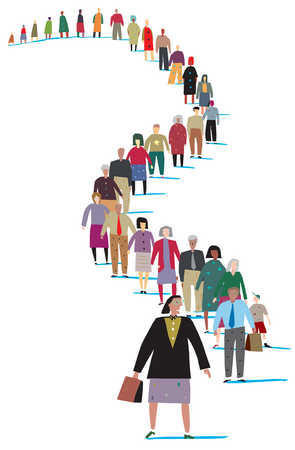 Whe
n Uttar Pradesh state government advertised 368 junior posts, the team expected a positive response – but it’s unlikely anyone could have predicted what was to come.

According to the Financial Times, some 2.3 million people applied for the entry-level positions seeking Northern India-based employees who tidy up, bring beverages to officials, or act as night guards.

“This reflects the condition of job market in India and shows desperation of the youth who despite being highly educated is ready to do a job where he has to run errands and wash tea cups and saucers.”

More than 250 applicants held doctorates degrees and 25,000 held a master’s, reported the FT – the online ad’s simply called for candidates between 18 and 40-years old who had at least five years of schooling and the ability to ride a bicycle.

Prabhat Mittal, administrative secretary for the state government, said she was shocked by the response.
“We had not anticipated the situation,” she told the FT. “In 2006, for about 260 jobs we received 100,000 applications. But in nine years, the figure has gone up so much."