This is potentially the largest such case in the UK, lawyers say 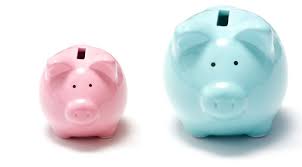 A U
K retailer is facing an equal-pay suit that could cost it as much as £4bn.

Tesco is accused of paying male staff in warehouse and distribution more than the mainly female staff working in stores, according to law firm Leigh Day. This is “potentially the largest-ever equal pay challenge in the UK.”

As many as 200,000 people are affected, the Financial Times said.

The law firm it had already been approached by over 1,000 current or former workers of the supermarket chain.

“We believe an inherent bias has allowed store workers to be underpaid for many years. In terms of equal worth to the company there really should be no argument that workers in stores, compared to those working in distribution centres, contribute at least equal value to the vast profits made by Tesco which last year had group sales of £49.9bn,” said Leigh Day’s Paula Lee.

But a Tesco spokesman said the company had not received any equal-pay claims and this could not comment on the issue.

The company said, instead, that it had always been a “place for people to get on in their career, regardless of their gender, background or education, and we work hard to make sure all our
colleagues are paid fairly and equally for the jobs they do”.

The case related to “productivity” payments to binmen in the 1990s, before Tony Blair’s government forced all councils to implement equal pay rules.

The claims come close to a similar gender pay gap issue at the BBC, where male presenters are accused of receiving salary higher than that of their female colleagues for the same level of work.