A fired employee has penned a caustic account of the company’s inner workings, alleging sexism and surveillance are common. 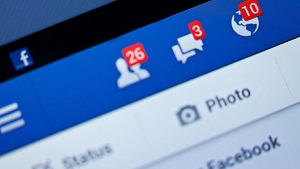 The
pen is mightier than the sword for one fired Facebook worker who has published a controversial tell-all book attacking the company’s culture.

The former advertising manager, who was fired two years ago, insists working at the social network was like being in a cult akin to North Korea with billionaire CEO Mark Zuckerberg as its unquestioned leader.

He says employees were expected to work 20 hours a day and eat all their meals at the on-site cafeteria, which developed to cater for breakfast, lunch and dinner.

One of the leading issues within Facebook, says Martinez, is its ingrained sexism.

“Our male HR authority, with occasional backup from his female counterpart, launched into a speech about avoiding clothing that ‘distracted’ co-workers,” he reveals in the book, adding that women were even pulled aside and “read the riot act” if their skirts were too short.

Martinez did, however, have praise for COO Sheyl Sandberg.

“Here was a boss who excelled in the role of gatekeeper and shepherd to difficult and powerful men, whether that role was chief of staff for prickly US Treasury Secretary Larry Summer, or COO of and for Zuck,” he writes.

According to Martinez, one of Sandberg’s tricks for hiring the right staff was to make them think they were missing an unmissable opportunity.

A colleague told Martinez: ‘She basically convinced me by saying: ‘Look, I either hire you now and you come work for Facebook, or a year from now I’ll hire you to work for the guy whose job I’m offering to you right now’. And that’s what convinced me’.

Is corporate volunteering a wash out?