Tattoo taboo: Can you ask workers to cover up?

Staff and management often clash over dress codes, but how do you manage someone's skin? 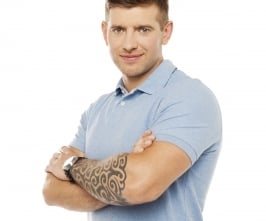 Ottawa Hospital made headlines a year ago when it changed their dress code to require all “large” tattoos to be covered – even for staff who don’t work with patients. In the same year Ottawa police successfully fought similar changes to their uniform code.

A recent survey showed more than a third of employers thought tattoos would “affect their hiring decisions,” but for 20 per cent of Canadians a tattoo is part of their skin – and that number will grow as surveys show almost a third of those aged 18 to 29 have tattoos. So is it still acceptable to tell staff to cover them up?

In general, the Human Rights Commission has found dress codes and appearance standards are at the discretion of the employer.

The exception is if it infringes on protected rights, such as a religious belief requiring a tattoo or piercing.

Seems simple? Think again. In the last few years court cases in Ontario and Quebec have challenged the right of employers to require tattoos covered at work.

Last year an Ontario arbitrator declared tattoos were not just for “sailors, stevedores and strippers” any more, when he found that the Ottawa Hospital’s strict dress code requiring workers cover tattoos and remove piercings was too restrictive.

Employees were required to cover large, visible tattoos and remove any piercings that were not “minimal and conservative”. Shorts, jeans and shorter skirts were all also banned. The hospital claimed studies showed patients were less comfortable with tattooed and pierced medical workers, and linked the negative impression to stress and health outcomes. However, arbitrator Lorne Slotnicvk found no evidence of the link.

CUPE claimed the code was enforced was part of a “class system” where doctors were essentially able to dress however they liked, whereas other staff had to meet a specific corporate image.

On Page Two: How you can develop a tattoo policy

The decision was consistent with a 2011 decision, where an arbitrator struck down an Ontario Provincial Police policy requiring all 9,000 police to cover visible tattoos. The policy was considered too broad, but the organization has gone back to the drawing board to try to find some middle ground that might include banning face and neck tattoos.

In 2009 a Quebec judge found a daycare’s ban “rests on prejudices. Tattooing nowadays is a phenomenon that cuts across all levels of society,” Judge Jean Bouchard wrote. “If it was once associated with delinquents, that’s no longer the case.”

The daycare’s policy forced an employee with a tattoo of a butterfly or flower on her forearm or calf to wear pants or a long-sleeved shirt, even while working under a hot summertime sun – which the judge described as “ridiculous and outrageous”.

The daycare still has the right to prohibit inappropriate tattoos including those expressing violence.

Can you have a tattoo policy at your office?

Does your organization have a tattoo policy? How did you develop and enforce it?