Taco Bell is putting out public relations fires all over the US, after multiple employees hit headlines for showing their disrespect for the law. 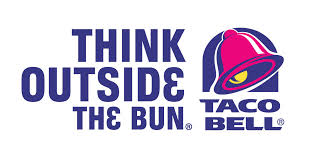 an style="line-height: 20.7999992370605px;">The story reads like something from AMC’s hit TV series Breaking Bad.   Two men – one a Taco Bell employee – build a meth lab inside an eastern Iowa Taco Bell, perhaps hoping to emulate fictional protagonist Walter White.   However – before they can build anything close to a drug empire – the Cedar Rapids Police Department arrests them, finding the remnants of a meth lab in a utility area of the Taco Bell and putting the brand’s reputation on the line.   That’s just what is being alleged happened this week, when two men – identified as 31-year-old Christopher Adam Matous and 56-year-old Kent Jerome Duby – were charged with conspiracy to manufacture methamphetamine.   Taco Bell confirmed to Associated Press one of the men was an employee who has since been fired, and the restaurant will be sanitized before it reopens.   In Breaking Bad, meth kingpin Gustavo Fring runs a drug manufacturing and distribution network out of fictional restaurant chain Los Pollos Hermanos.   Another of Taco Bell’s employees added to Taco Bell’s unfortunate ‘Breaking Bad’ image this week, writing ‘pig’ on a police officer’s order on Saturday.   The officer and his fiancé dropped in for Taco Bell in Newton, Kansas, while on duty, but found the offensive word written in all caps on their order.   Taco Bell’s executives confirmed they had fired the employee earlier this week, after the police department expressed disappointment on Facebook.   “There is a photo depicting a derogatory term written on the food wrappers of one of our officers who stopped in to our local Taco Bell to pick up dinner for himself and his fiancé last night,” the Department’s Facebook post reads.   However, the police department said it did not support negative sentiment towards the restaurant chain following the photo going viral.   “The store manager is terribly apologetic of the actions of her employee and assures us the situation is being handled appropriately. A meeting this morning with the Senior Director of Operations yielded positive results, and we are actively working to develop a partnership with Taco Bell to host a community event in the near future. Details will be announced when available,” it said.