A former employee of a PEI college who stole more than $50,000 has been sentenced after pleading guilty 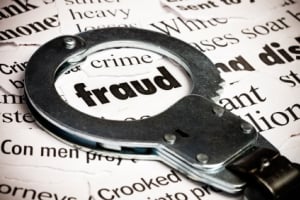 A s
tudent union employee who stole almost $54,000, mostly through false travel claims, has been sentenced to seven months in jail.

Former Holland College student union employee Amanda Jean O'Connell, 37, was convicted of stealing more than $53,724 from the student union over a four-year period. She pleaded guilty to fraud and theft.

O'Connell apologized to her family, to the court and to students of Holland College.

"These were my friends ... I regret what my husband and family have gone through," she said.

According to the agreed statement of facts, O'Connell was hired by the Holland College student union in 2007 as the student life coordinator. But her job duties expanded to include financial management.

O'Connell wrote cheques to herself, forged travel expenses, and dipped into a cash fund intended to help students in financial need. She used the money to pay bills and make repairs to her home.

O'Connell’s lawyer, Mitchell MacLeod, pointed to the auditor's finding that the student union — with $1 million-dollar budget — lacked sound guidelines for handling finances, but Supreme Court Justice Wayne Cheverie told O’Connell that was not an excuse.

The crime showed a "degree of sophistication," he said, telling O'Connell, "It is not open season to steal from your employer just because no one is looking over your shoulder."

The judge said O’Connell betrayed the trust placed in her by the student union but said he believed her remorse was sincere.
Holland College student union general manager Greg Gairns said the union had fixed the oversight problems.

"With great support from the college, we've taken a lot of steps in re-doing our policies and procedures ... Getting annual audits, going through our auditors, having double checks with students,” he said.

In addition to seven months in jail, the judge ordered two years’ probation and 200 hours of community service O'Connell. He also ordered her to pay back the remainder of the money she stole.