A recent decision in Ontario has been called a “must-read” for employers after one man’s alleged abhorrent actions weren’t enough to warrant dismissal. 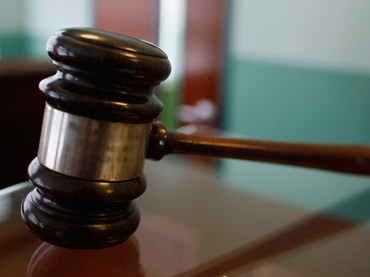 Des
pite its abhorrent undertones, a recent case in Ontario has been called a “must-read” for employers after a judge ruled one worker’s shocking criminal charges weren’t enough to warrant dismissal.

Employee Keith Merritt had worked as a labourer, truck driver and material handler for Tigercat Industries since 1998 – he was fired in 2015, purportedly for cause.

While no written notice of termination was provided to Merritt, oral reasons included his past disciplinary record as well as the recent criminal charges that had been brought against him, the impact they may have on the company’s reputation, and his deceit regarding the matter.

Merritt, who was 67-years-old at the time of the final motion, had been charged with two counts of sexual assault against a minor – he proceeded with a wrongful dismissal action and won.

Justice D.J. Gordon ruled that the Ontario organization was not justified in terminating Merritt and awarded him damages amounting to 10 months’ pay in lieu of reasonable notice – here’s why.

“Obviously, these are very serious and concerning charges,” concedes leading employment lawyer David Elmaleh, “[but] the trial is set to commence in September 2016, so the plaintiff, at law, was considered innocent until proven guilty.”

In considering whether the charges caused reputational harm to the company, Judge Gordon noted that the incidents did not occur in the workplace and did not involve any other employees.

The judge held that; “criminal charges alone, for matters outside of employment, cannot constitute just cause." He added that improper employee conduct while outside of work will only forms grounds for dismissal when there is a justifiable connection to the employer or nature of employment.

“The motion judge ultimately found that the termination was without cause because the employee was a general labour,” explains McCague Borlack partner, Elmaleh, “as opposed to a manager, professional, or senior employee.”

The fact that the criminal charges were not associated with his employment and did not involve other employees was also crucial.

“The decision is a must-read for all employers, as it emphasizes the delicate nature of terminating employment contracts without notice for matters that occur when employees are off-duty and outside the four corners of the workplace,” says Elmaleh.

“The gut reaction of any employer to learn of a situation where an employee is criminally charged with one of the most repugnant crimes in the Criminal Code would surely be to terminate, for cause, effective immediately,” he admits.

“However, this case displays the other side of the coin as well: a party is innocent until proven guilty. Significantly, if the alleged crime — no matter how vile — takes place off duty without the involvement of other employees, and if the employee is not in a 'front-line' position to cause reputational harm to the company, then an employer may not be able to terminate for cause.”